Ben Affleck’s movie goes for the three point shot, at the buzzer, and… It’s not too bad.

While “The Way Back” prominently features basketball, it’s less a sports movie about basketball and much more about a man trying to pick up the pieces of his life. The movie follows Jack, a construction worker who was at one point an excellent basketball player in high school with a full ride to join the University of Kansas Jayhawks program.

His path in life took a different direction, though. The movie picks up with Jack now suffering from alcoholism after experiencing a personal hardship. He’s given a chance at escapism, though, when he’s hired by his high school to coach the basketball team midseason. Despite not having the best players, Jack’s coaching is effective and he’s able to help the team find success. Unfortunately, he still deals with drinking too much.

END_OF_DOCUMENT_TOKEN_TO_BE_REPLACED

Over the course of a thrilling (?) 13-3 victory in the Super Bowl by the New England Patriots over the Los Angeles Rams, movie studios took time during the commercial breaks to push upcoming features. In between action on the field, previews for several films were broadcast over the airwaves.

END_OF_DOCUMENT_TOKEN_TO_BE_REPLACED

The film “Green Book” followed up its Golden Globes success Saturday with another big win.

During its annual ceremony, the Procucers Guild of America honored the period piece dramedy with its top honor, the award for outstanding producer of a theatrical motion pictures. The win was another strong result for “Green Book,” which is having a good award season run.

END_OF_DOCUMENT_TOKEN_TO_BE_REPLACED

If one follows my twitter, they will soon learn that along with my appreciation for film, I also really enjoy sports, especially college football. I usually try to catch all the college football games and that definitely goes for the “bowl season,” a series of post-season competitions played by teams across the country who didn’t make the playoff.

END_OF_DOCUMENT_TOKEN_TO_BE_REPLACED 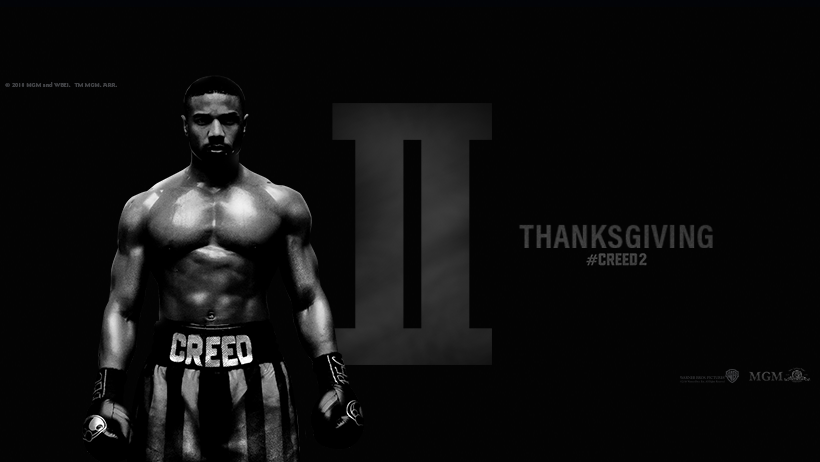 Yes, that’s a joke, but one can’t help but feel the “Creed” saga is on the same trajectory as the original “Rocky” series. In all fairness, though, the latest picture in the Balboa Cinematic Universe is pretty good.

END_OF_DOCUMENT_TOKEN_TO_BE_REPLACED

A story that many in the United States and the world for that matter are familiar with gets another look in “I, Tonya.”

As the title teases, the movie follows the story of two-time Olympian Tonya Harding (Margot Robbie), whose career rose with a 1991 U.S. Figure Skating Championship and ended with a controversy revolving around an attack on her rival Nancy Kerrigan.

The picture details her early life of training under her strict and controlling mother LaVona (Allison Janney) to her time as a professional skater where she had a relationship, marriage and breakup with her husband Jeff (Sebastian Stan). Through both periods of her life, the film showcases Harding’s difficulties because of poverty and the people around her.

END_OF_DOCUMENT_TOKEN_TO_BE_REPLACED

“Eddie the Eagle” is the latest film that captures the Olympics and the second one that tells an underdog story at the 1988 games, with the other being “Cool Running.”

The film’s first half hour follows the titular character, Eddie Edwards (Taron Egerton), through childhood. Edwards is completely obsessed with going to the Olympics and much of his youth is spent trying out a selection of different sports, with them all ending in failure.

That is until he comes across skiing, which he is actually pretty good at. Unfortunately, the British Olympic officials decide to not take Edwards with to the 88 games in Calgary, which spurs the protagonist to find another route to the event. His solution is ski jumping and he finds help in a washed up, former champion named Bronson Peary (played by Hugh Jackman).

END_OF_DOCUMENT_TOKEN_TO_BE_REPLACED

“Race” tells the story of Olympic legend Jesse Owens, the Ohio State University track star who went to the 1936 games in Berlin just before the start of World War II. The film begins as Owens (Stephan James) starts college and meets his coach, Larry Snyder, played by Jason Sudeikis.

Snyder immediately sees Owens’ talent and the movie follows the two as they prepare for the eventual Olympic Games.

Owens’ story is certainly impressive given the circumstances of the country (and the world for that matter) at that point in history. As its title implies, “Race” certainly does take on these issues with racial matters at the forefront, which makes for a compelling picture whenever these themes are played out.

END_OF_DOCUMENT_TOKEN_TO_BE_REPLACED

In “Concussion,” Will Smith plays Dr. Bennet Omalu, a Pittsburgh forensic neuropathologist whose work brings him in contact with the deceased former Steelers player Mike Webster (Morse). After researching Webster’s cause of death, Omalu comes to the conclusion that repeated blows to the head from football created a disease called chronic traumatic encephalopathy or CTE.

As Omalu begins to review other possible cases of CTE, he has to also deal with the National Football League, which isn’t ready to admit any wrongdoing on their part for the lack of research.

END_OF_DOCUMENT_TOKEN_TO_BE_REPLACED

“Creed” takes place a few years after the events of 2006’s “Rocky Balboa” and this time around, the Italian Stallion doesn’t step into the ring. Instead, the film focuses on Adonis Johnson (Jordan), the illegitimate son of Rocky’s (Stallone) friend and boxing rival Apollo Creed.

Adonis grew up mostly in group homes and juvenile detention centers for his tendencies to fight until he was adopted by Apollo’s widowed wife Mary Ann (Rashad). As he reaches adulthood, though, he still has a drive to fight, this time in the ring, and decides to find the former Champion Rocky Balboa to be his trainer.