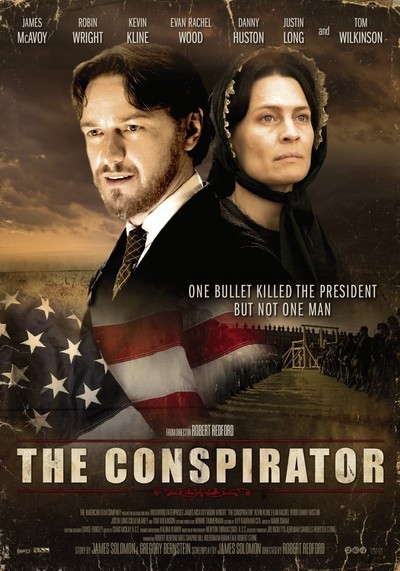 The Conspirator takes place after the assassination of Abraham Lincoln, at the end of the Civil War. With Lincoln killed the, the government decides to go after the perpetrators. However, they not only go after the ones directly involved, but their loved ones as well, like Mary Suratt (Wright), whose son used her boarding house as a meeting place for rebels looking to do the assassination attempt. Therefore, Suratt is put up to trial in a Military Tribunal.

This is where our protagonist comes in. Frederick Aiken, a decorated war hero who fought for the north turned lawyer is set to defend Suratt. Aiken is at first taken back, believing that she must have been involved someway or another, which creates friction since he has to defend her. But as time goes on, Aiken begins to learn how and why what the government is doing is wrong, and he begins to change over the film.