Tactical gear? Gadgets and equipment? Nope. All Dominic Toretto needs for a mission is a t-shirt, specifically one that’s skin tight.

The protagonist for all but two of the “Fast and Furious” movies, portrayed by Vin Diesel, is back but not in action at the start of “F9.” Dominic is living in peace now, raising his son and continuing his relationship with Letty (Michelle Rodriguez) in a rural area. However, this peace is broken when he’s approached by his crew of Roman (Tyrese Gibson), Tej (Chris “Ludacris” Bridges) and Ramsey (Nathalie Emmanuel) for a new mission.

The crew’s government covert operations contact Mr. Nobody (Kurt Russell) was attacked for a high tech military device and it could destabilize the world. On top of the global threat, the stakes are raised more with this mission, as the one who attacked Mr. Nobody was Dominic’s long lost brother Jakob (John Cena).

END_OF_DOCUMENT_TOKEN_TO_BE_REPLACED

Ingenuity can be daring sometimes and often requires pushing boundaries. That’s what the main characters in “Ford v Ferrari” must do in this movie, and fortunately the film documenting their work is above average.

Matt Damon stars as Carrol Shelby here, a former race car driver who puts his expertise into designing cars. In an effort to boost sales and to prove Ford can compete with international vehicles, the company drafts him to create a car faster than a Ferrari.

In order to test the car and help point out the flaws, Shelby enlists the help of Ken Miles (Christian Bale), an elite driver who can race with the best of them. The process is made difficult, though, because of corporate interference.

END_OF_DOCUMENT_TOKEN_TO_BE_REPLACED

My goodness, they finally managed to get a “Transformers” movie mostly right.

“Bumblebee” is the fifth movie in the “Transformers” universe. However, it largely stands apart from its Michael Bay-helmed counterparts. The film is actually a prequel and takes place in the 1980s.

Bumblebee is a transformer who, because of a war, is forced to seek refuge on Earth, where he can regroup and form a base for his comrades. Over the course of the film, Bumblebee, who’s damaged from battle, is discovered by Charlie (Hailee Steinfeld), a young woman with an interest in mechanics. After meeting, the two start a friendship

END_OF_DOCUMENT_TOKEN_TO_BE_REPLACED

Baby is not exactly a conventional name for an action movie character, but then again, Director Edgar Wright’s films are rarely conventional.

The film of course follows the lead character who goes by the alias Baby, played by Ansel Elgort. As the title implies, Baby is a driver, but more specifically, he’s a getaway driver for heists. In doing so, the young protagonist is able to work off a debt to a crime leader named Doc (Kevin Spacey) and at the movie’s onset, Baby’s almost done.

END_OF_DOCUMENT_TOKEN_TO_BE_REPLACED 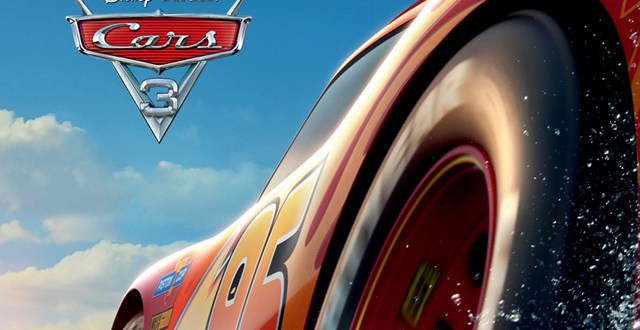 The “Cars” universe has always confused the hell out of me and the latest entry is no exception. Like, why do the cars have doors and handles if there are no people? Why are there faster, more advanced cars? Are they built by other cars or is it cars evolving?

Those questions certainly came up with me from start to finish here, but the real important question is ‘was the movie any good?’

Well, not really, it more falls into the category of being just OK.

The movie once again follows the franchise’s protagonist Lightning McQueen (Owen Wilson). A car who’s won multiple racing championships, McQueen is still competing and remains confident in doing so. However, as he enters his latest race, he finds himself falling behind the younger cars that appear to be far more advanced.

As a result, McQueen is always playing catch-up and this ultimately leads to an accident where he gets severely injured. What follows is McQueen’s quest for redemption and to regain his status as one of the best racers in the world. To do so, McQueen eventually finds help in professional trainer Cruz Ramirez (Cristela Alonzo).

END_OF_DOCUMENT_TOKEN_TO_BE_REPLACED

Do you have a restaurant you enjoy going to that isn’t perfect but you still enjoy it? There’s some dishes there that aren’t the best of all time, they won’t win any awards, but they’re good, comfort food. That’s more or less what “The Fast and the Furious” franchise has become.

Since the fourth film came out in 2009, the series has more or less found a working formula and the eighth movie follows it pretty closely. As a result, those who’re familiar and have enjoyed the action set pieces of late should be able to have a good time at this latest installment.

Like the other recent pictures, part 8 of “Fast and the Furious” introduces a new threat in a terrorist named Cipher (Charlize Theron) and in response, agent Hobbs (Dwayne Johnson) gathers a team of outlaws led by Dom (Vin Diesel) to fight back outside the books. The difference this time around, though, is that Dom ends up going rogue and appears to betray his friends that have become like family.

As a result, the remaining group of protagonists have to walk a tight rope in stopping Cipher while also dealing with Dom. To help them out in the process, the villain from part 7, Deckard (Jason Statham) is brought in to assist. Dom, meanwhile, has to deal with the issue that’s made him fight against his friends in the first place.

Aside from the sub-plot showing Dom deal with his issue that’s caused him to go rogue, “Fate” goes along with the aforementioned formula and it works for pure entertainment. As I said in the lede, this whole series has been one that isn’t perfect, in fact as films they’re not even technically good by standard metrics such as acting and script.

And yet, they do have a sort of charm that just keeps drawing viewers back to it, me included.

Many of the characters, especially Hobbs, have plenty of charisma to go around making them quite likable and they also have an enjoyable level of camaraderie. So, even though it’s more or less a given that the protagonists will all make it at the end of the film, their likability makes the film fairly watchable.

A hook to engage audiences even more than the characters, though, was the fantastic action featured in some key sequences. One of those moments as an example is a prison riot where Hobbs and Deckard fight their way through criminals and guards in the most over the top fashion. It’s wild, but it’s also all sorts of fun.

The same can be said for the movie’s full blown extravaganza that is its finale. More or less, the heroes take on a nuclear submarine.

Now with that said, there were some moments that went a little bit too far. A sequence in New York City, for example, causes so much collateral damage with such little disregard that it’s laughable. There’s also the factor of the protagonists working with Deckard when he tried multiple times to kill Dom’s family, even succeeding with one of them.

There’s also the tonal shifts that don’t really work. A few scenes include some dark moments dealing with what Dom’s going through then it will cut to Tyrese Gibson’s character Roman cracking jokes. It’s the reason that these movies should stick to a bit more of a traditional action movie format, which have led to better movies with some of the predecessors.

Additionally, the latest addition to the franchise’s team, Ramsey, doesn’t fit in at all. Not only does she have none of the driving or fighting skills as the rest of the group, but she also lacks the attitude and charisma that the rest of the team does. Also, Nathalie Emmanuel gives the character very little energy in the performances.

Overall, if you walk into “Fate of the Furious,” you know what you’re getting yourself into. With that in mind, I can just say that this, like the others, brings plenty of excitement to entertain your eyes and ears for two hours. However, it’s not the best of the franchise. 3.0 out of 5.

It’s ridiculous and downright crazy. Exactly what a “Mad Max” movie should be.
George Miller, who directed the original films in the series, returns to helm “Fury Road,” which follows the titular character wandering the desert wasteland. The film could easily take place after the events of “Mad Max 2: The Road Warrior,” with the setting being completely post-apocalyptic and Max seeming to be at the end of his rope.

At the start, Max (Hardy) is captured by a large desert gang that has control of water, gas and is run by a tyrant named Immortan Joe (Keays-Byrne). Through a series of events, Max ends up escaping and joining a group of women led by Furiosa (Theron), who is trying to get back to her homeland.

END_OF_DOCUMENT_TOKEN_TO_BE_REPLACED

The fights, the roaring of the engines, the one-liners, the girls. “Furious 7” delivers on everything.

The seventh installment starts not long after the previous film. The whole crew is living peaceful lives and things appear to be going well. That is until Deckard Shaw, played by Jason Statham, starts coming after the protagonists. The reason for his attacks, Shaw is the older brother of the villain from part six.

After Shaw takes out one of the members of the crew, Dominic Toretto, played by Vin Diesel, decides to retaliate.

END_OF_DOCUMENT_TOKEN_TO_BE_REPLACED 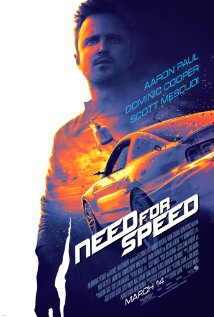 Video game fans will have to wait for another adaption if they want to see something good.
“Need for Speed” follows the story of a mechanic named Tobey (Paul), who is facing some financial hardships when it comes to his repair shop. That doesn’t stop him and his friends from enjoying some leisurely street racing from time to time, though.

One night after a race Tobey gets a visit from his old rival and professional driver Dino Brewster (Cooper). Dino makes a deal with Tobey and the shop crew to fix up a car in exchange for a large sum of money. After the job is finished, though, Dino challenges Tobey and his younger friend Peter (Harrison Gilbertson) to a street race. The race turns out to be deadly as Peter loses his life in an accident and Tobey is sent to prison. Upon his release him and his crew decide to enter an underground race competition that Dino will also partake in to get revenge.

END_OF_DOCUMENT_TOKEN_TO_BE_REPLACED

Vince Vaughn plays David, a man who is just sort of coasting through life. He works as a delivery man for his dad’s meat store and owes a lot of money to some bad people. Early in the movie, he also learns that his girlfriend Emma (Smulders) is pregnant.

As if his problems weren’t enough, he finds out that he fathered over 500 children by anonymous sperm donation 20 years ago. A law suit is filed by 142 of the children to reveal his identity. To deal with the situation, David turns to the help of his friend Brett (Pratt), who is a lawyer. As he does this though, David discovers he may actually want to get to know some of the children he fathered.