We have another Harry Potter copy cat here.

This picture follows the title character who’s played by Logan Lerman. At the start, Percy seems to jut be an average kid who’s living day to day life. However, this soon changes when he’s thrust into a world of gods and monsters.

While this partially happens because of his heritage as Poseidon’s son, it also is caused because he’s wrongly accused of stealing Zeus’ lightning bolt.

END_OF_DOCUMENT_TOKEN_TO_BE_REPLACED 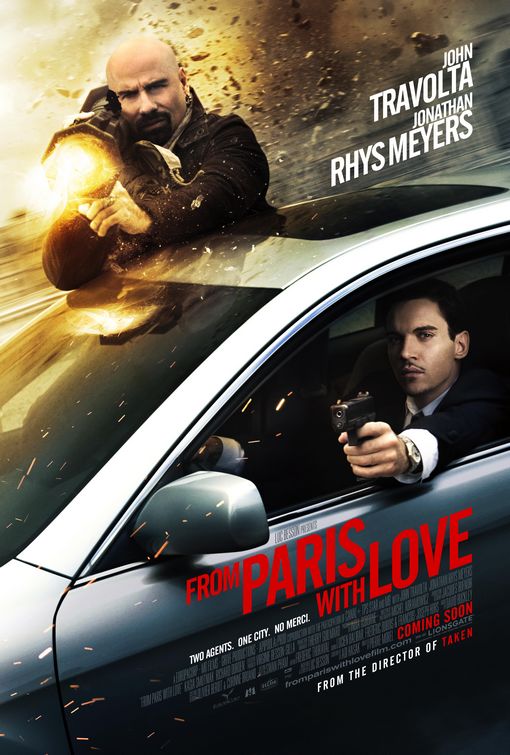 John Travolta characters sure love to swear these days, first “Taking of Pelham 123” and now this.

“With Love” follows the character James Reese (Meyers), an intelligence agent who’s about to step up with a promotion as he works in France. As this is happening, Reese is partnered with another agent named Charlie Wax.

Despite Reese having reservations about Wax for his peculiar methods, the two partner their way through their mission to stop a terrorist attack.

END_OF_DOCUMENT_TOKEN_TO_BE_REPLACED

January isn’t usually a month with the best theatrical releases, so it’s always great seeing one that bucks the trend.

“The Book of Eli” follows the titular character played by Washington. Taking place in a post apocalyptic world, Eli is a wandering warrior trying to go out west and deliver a book. Along the way, he has to avoid and fight off groups of other survivors.

As the film goes on, Eli gets into a small town run by a man named Carnegie (Oldman). Carnegie seems to want to partner with Eli at first, but the two eventually enter a conflict as Eli is unwilling to relinquish a prized possession.

“The Book of Eli” fantastically brings western and samurai story aspects into a sci-fi setting, ultimately making an exciting and fresh action picture. There’s the ‘man with no name’ type character, a wandering fighter just passing through a small town with a corrupt leader, it’s simply classic.

The movie also brings up the topic of religion and how different people view it and interperat its use in society. This is mainly seen through the characters Eli and Carnegie and their opposing sides on how to use religion and it adds another layer to the film overall. This isn’t to say the movie is an overbearing religious picture, though, because it’s far from it. The aspect of religion here is used as point to push the plot forward, rather than to convince an audience of something.

This film likely wouldn’t have worked as well as it did, though, if it wasn’t for the performances. Fortunately, the film features Washington who gives a solid performance. While it’s not up there with some of his award worthy material, Washington still has a ton of screen presence, offering charisma, charm and a sense of righteousness to his character.

Oldman was also fantastic as the villain Carnegie, providing a perfect opponent to Eli. In this future, Eli and Carnegie are two of the older survivors and they both have a higher intellect than those around them, but they disagree on a number of matters. Oldman really sells this character, who on the surface seems like a civilized business man but is far more deadly and corrupt.

Another fantastic aspect to the movie is the action. As previously stated, the movie takes elements from western and samurai films, and this includes the combat. Eli both fights with a big machete that’s practically a sword and he also has some exciting shootouts.

“The Book of Eli” is a really strong, exciting action film that pays homage to multiple genres and is raised up more by its veteran actors. 4 out of 5.

Vampire fans should certainly be pleased with this new film.

In this alternate reality, the majority of Earth’s population have become vampires and because of the subsequent immortality, the world seems to be at a state of peace.

However, as the events of the film pick up, it’s revealed that the human population has dwindled so much that vampires are running out of blood. For this reason, a government employee named Edward Dalton, played by Ethan Hawke, is curious for a solution, but his search leads him to more unexpected discoveries.

END_OF_DOCUMENT_TOKEN_TO_BE_REPLACED

This could easily be the 2009 version of “The Wrestler.”

This film stars Jeff Bridges as a country singer who goes by the name Bad Blake. Blake was once very successful, but time has taken its toll and he now travels the country in an old truck playing smaller gigs.

Because of his state of life, Blake’s health is declining and he is turning to alcohol in many cases. His life seems to get some light, though, when he meets and starts a relationship with a reporter named Jean, played by Maggie Gyllenhaal.

END_OF_DOCUMENT_TOKEN_TO_BE_REPLACED

The visionary director James Cameron returns with a gorgeous picture, just not a very deep one.

The film follow’s the character Jake Sully (Worthington), a wheelchair bound man who’s legs have been paralyzed after years in combat. Because of a chance to use his legs again, Jake takes an opportunity to go to another planet where humans are digging for a resource and have to deal with a native people to do so.

Jake’s  role in this is to transfer his consciousness into a bio-mechanical suit called an Avatar, a replica of the inhabiting species the Na’vi. At first Jake is apprehensive toward the Na’vi, but as he starts to embrace their culture, he begins to see the humans digging in a less positive light.

END_OF_DOCUMENT_TOKEN_TO_BE_REPLACED

“Up in the Air” is already getting some Oscar buzz, and it’s certainly for good reason.

The film follows a man named Ryan Bingham (Clooney), who travels all across the United States for his job. It turns out that Ryan works for a company that’s hired by other corporations to assist in layoffs. Despite the depressing nature of his job, Ryan tries to find dignity in it and he loves the aspect of being able to travel.

The film’s events pick up as Ryan has to travel with a young woman named Natelie (Kendrick), who’s supporting an idea to lay people off over a video conference. The film follows the two characters and others as it explores the economic state of America and its impact on people who see it first hand.

END_OF_DOCUMENT_TOKEN_TO_BE_REPLACED

A new director on the scene might have just delivered the best movie of the summer.

Neill Blomkamp’s film begins 28 years after a large alien ship came to Earth in an alternate reality, eventually settling over Johannesburg, South Africa. Eventually, humans went inside and discovered aliens, which they called Prawns living there. As a response, a corporation called Multi National United set up a relief camp for the prawns, but it eventually went into bad shape, becoming more of a slum.

The film picks up with a relocation effort by MNU to move the Prawns to a worse camp. One of the teams sent to do this is led by Wikus Van De Merwe (Copley), an MNU worker. However, while working in the area, he is sprayed with a substance that begins to change his DNA, making him very valuable to MNU for his new ability to use alien tech.