The first 2017 film I saw was “Resident Evil: Final Chapter” and it turned out to be the worst of the year, so it was all uphill from there. Looking back, it ended up being a solid year at the cinema and now that I’ve seen all the relevant movies, it’s time for my top 10 of 2017.

END_OF_DOCUMENT_TOKEN_TO_BE_REPLACED

The Best Documentary category at the Academy Awards is always a great window into the human experience and this year is no different.

END_OF_DOCUMENT_TOKEN_TO_BE_REPLACED

The film, set in 1950s London, tells the story of a successful dress designer named Reynolds Woodcock (Daniel Day-Lewis). During a trip to the country where he gets away from the glitz and glamour, Reynolds meets a young woman, Alma (Vicky Krieps), and the two hit it off.

After their initial meeting, Reynolds has Alma try on some of the clothes he’s designed and after time passes she becomes his muse and later his lover. The picture details how their personalities both blend and clash as the story progresses.

END_OF_DOCUMENT_TOKEN_TO_BE_REPLACED

A story that many in the United States and the world for that matter are familiar with gets another look in “I, Tonya.”

As the title teases, the movie follows the story of two-time Olympian Tonya Harding (Margot Robbie), whose career rose with a 1991 U.S. Figure Skating Championship and ended with a controversy revolving around an attack on her rival Nancy Kerrigan.

The picture details her early life of training under her strict and controlling mother LaVona (Allison Janney) to her time as a professional skater where she had a relationship, marriage and breakup with her husband Jeff (Sebastian Stan). Through both periods of her life, the film showcases Harding’s difficulties because of poverty and the people around her.

END_OF_DOCUMENT_TOKEN_TO_BE_REPLACED 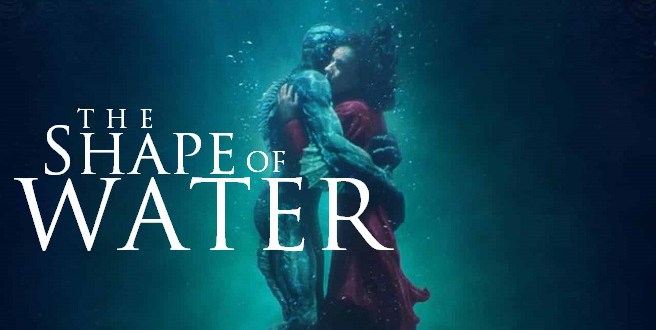 “The Shape of Water,” or How I Learned to Stop Worrying, and Love the Fish. OK, OK, not a great joke, never claimed to be a comedian.

So here’s the rundown on this great new film from Director Guillermo del Toro. The picture takes place in the 1960s at a government run facility that appears to be used by intelligence personnel. Instead of following scientists or special agents, though, the film explores the life of Elisa (Sally Hawkins), a woman working as a janitor for the base.

It’s let on quite quickly that Elisa’s life is repetitive and lonely, with the only company in her life being a neighbor who works as an artist (Richard Jenkins) and a coworker named Zelda (Octavia Spencer). Her life changes, though, when a captured amphibian humanoid is brought into the facility. Elisa soon learns that the creature is intelligent, contrary to military agents, and can communicate. As a result, the two begin interacting and form a bond.

END_OF_DOCUMENT_TOKEN_TO_BE_REPLACED

A man who seemed to carry the weight of the world on his shoulders at one point is explored in “Darkest Hour.”

The movie takes place in 1940 with the German military invading countries and pushing back the forces of Great Britain and France. With new leadership needed, Winston Churchill (Gary Oldman) is brought in as a Prime Minister who is ready and willing to defend the island nation.

As Churchill enters office, he faces a massive problem with German forces surrounding the British at Dunkirk. Meanwhile, at home, Churchill has to deal with politicians including Viscount Halifax (Stephen Dillane) and Neville Chamberlain (Ronald Pickup) pushing back against the new prime minister’s plan for war and opting to negotiate with Adolf Hitler.

END_OF_DOCUMENT_TOKEN_TO_BE_REPLACED

“Molly’s Game” is a film certainly filled with talent, both in its acting and writing. However, this isn’t necessarily a picture to go all in on.

The film tells two intertwined tales, both revolving around the same real life figure, Molly Bloom (Jessica Chastain). One of them is about how Molly created a high-stakes poker game which led to large amounts of wealth and its own share of problems.

The other takes place in the ‘present day,’ where her game was exposed by authorities and she needs to build a legal defense. In doing the latter, Molly gets help from a lawyer named Charlie Jaffey (Idris Elba), who becomes her legal counsel.

END_OF_DOCUMENT_TOKEN_TO_BE_REPLACED

“Call Me By Your Name” is the art of film at its highest level.

This movie, set in Italy during the early 80s, follows the 17-year-old character Elio (Timothee Chalamet). Soon after the movie starts, Elio meets Oliver (Armie Hammer), a college student who’s come to work as an assistant for Ellio’s father, who works as an archaeology professor.

What follows is a beautiful story about youth, love and figuring out who you are.

END_OF_DOCUMENT_TOKEN_TO_BE_REPLACED

It’s that wonderful middle of winter time again, where we look to the new year while reflecting on the one that’s about to end.

END_OF_DOCUMENT_TOKEN_TO_BE_REPLACED

I’m not usually a stickler for 100 percent historical accuracy, but even I have to admit that “The Greatest Showman” takes a battle axe to P.T. Barnum’s true story.

The film tells the story of how Barnum (Hugh Jackman) went from a poor boy coming from nothing to a well-known showman who creates entertainment via circus acts. It doesn’t just do this in any ordinary manner, though. Instead, the film goes into full musical mode right off the bat and never lets up.

As the movie goes on, it explores Barnum trying to balance his family life with his wife Charity (Michelle Williams) and his business, which he runs with help from his partner Phillip (Zac Efron).