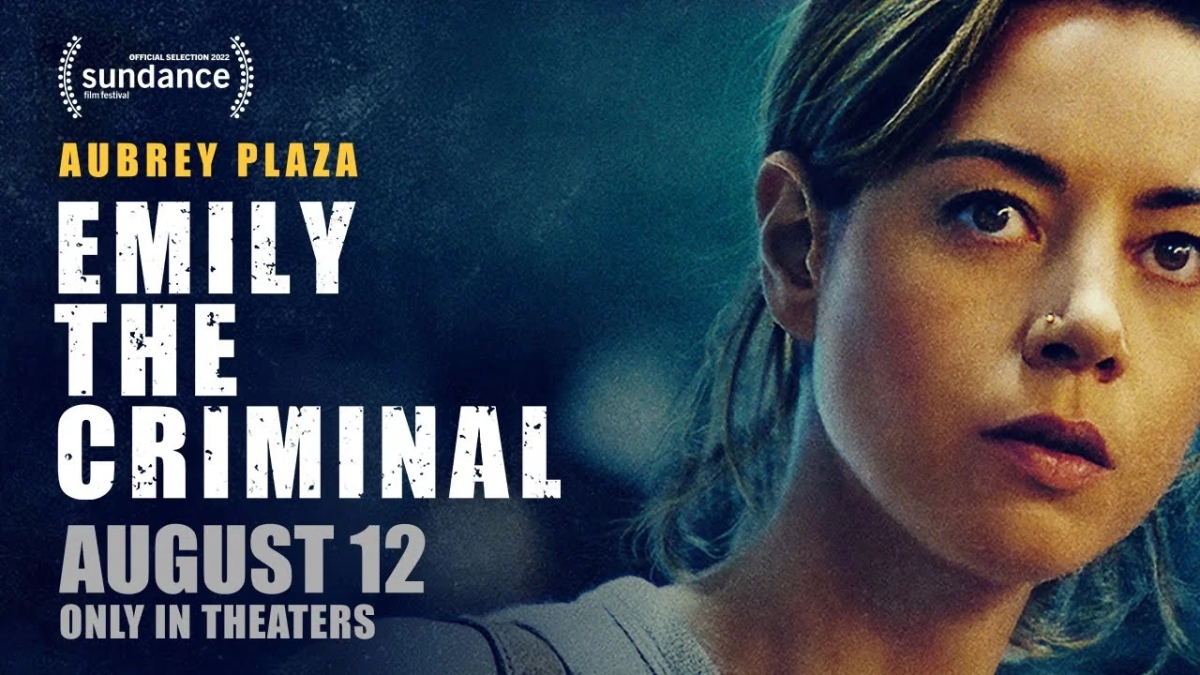 Aubrey Plaza showed great acting skills in 2020’s “Black Bear” and she has followed it up with another strong performance this time around.

As the title implies, Plaza plays a young woman named Emily. Carrying a troubled past with her, Emily is down on her luck, working a bad job and paying off seemingly insurmountable loans.

Needing more income, she reluctantly decides to get involved in a credit card scam ring. While Emily starts having success, though, it pulls her deeper into a dangerous situation.

What really works so well about “Emily the Criminal” is how grounded it feels. Sometimes in crime dramas, the rise of an outlaw can be rather dramatic, to the point where it begins to stretch the plausibility.

That’s not the case in this film. Emily starts to have success, sure, but she’s not suddenly driving around in new cars or wearing fancy clothes. It’s a very realistic take on low-level criminal activity, and what pushes people to get into that life.

Emily, as well as Youcef (Theo Rossi), the one operating the scheme, both have dreams of bigger and better things, but don’t have many avenues to go down to make it. The film comments on that reality, too.

Emily has a few incidents on her criminal record, one stemming from a bad relationship and another being a DUI. The film documents how her background makes it difficult to get anything beyond low-paying jobs.

Then, when opportunities do open up, they are often unpaid internship positions. All the while, she’s having to pay off student loans and family medical bills.

These roadblocks in American life are things that force many people to find other ways to make it, just as Emily does. The film is strengthened by exploring these societal matters, as well as exploring the character Emily herself. She’s a rather interesting person to follow who shows a lot of resolve.

While life is certainly tough on Emily, she remains defiant and headstrong. As the film goes on, the audience gets to see more and more of how much of a fighter she is. Emily is a person who’s going to keep getting back up and going after what knocked her down.

The deeper Emily gets into the criminal world, the more she proves how her strong-willed nature makes her actually fit into that lifestyle. There’s a bit of darkness with the character, and Plaza is exceptional in capturing all of that.

She does really impressive work in convincingly portraying all of the character’s complexities, giving Emily a lot of depth. The supporting cast is fairly small and Plaza definitely outshines her fellow performers, but the rest of the actors are solid, too.

John Patton Ford, who makes his feature writing and directing debut did impressive work in creating the tough, harsh realities that exist in and around Emily’s life. Cinematographer Jeff Bierman also deserves credit for giving the film a gritty, rough appearance and a chaotic energy with the camera work.

One just wishes “Emily The Criminal” had been a bit longer. The last section of the movie certainly could have been fleshed out to make a more well-rounded film. Still, the cast and crew put together a good crime drama in this project. 4 out of 5.

One thought on “REVIEW: Plaza positively shines in ‘Emily the Criminal’”