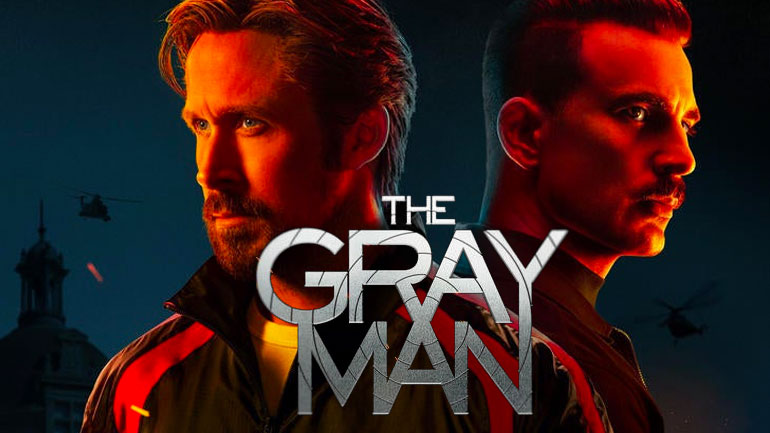 Netflix keeps getting films with big name actors and they continue to be disappointing.

Ryan Gosling stars as “Six” in “Gray Man,” a member of a CIA program that turns ex-cons into black ops agents. The film picks up with Six coming across a drive with sensitive information during his latest mission.

Six learns that that the drive has proof of major wrong-doing by the CIA, and opts to try to get it in the hands of a clean higher up that can take action. However, this puts a target on his back, with former-CIA agent turned mercenary Lloyd (Chris Evans) being the one leading the chase.

It’s honestly kind of impressive just how aggressively mediocre this film is. “The Gray Man” is such a paint-by-numbers exercise that it almost feels like the script was a first draft.

It’s nothing really new to Netflix either. The service’s “Project Power” from 2020 and “Red Notice” from 2021 had similar issues of feeling generic and being tonally inconsistent.

It’s as if Netflix wants big budget blockbusters that gets butts in seats at the theater, but isn’t interested in allowing them to come from a place of creativity. These movies lack vision, and instead come across like execs gave the directors a checklist of things to include before rubber stamping a project.

Such is the case with “Gray Man,” where a corrupt agency is after a spy when he learns too much. It’s not the first time this plot element has shown up in a spy flick, and it won’t be the last.

The bigger issue is the execution. The script is woefully pedestrian, with astoundingly weak dialogue. Screenwriters Christopher Markus and Stephen McFeely made good contributions to the Marvel Cinematic Universe by helping to write several of those pictures, but their work seems a bit lost without the superhero setting this time around.

Tonally, the film twists itself in knots as it shifts back and forth from a dark espionage thriller to a lighter action comedy. That’s not to say there shouldn’t be any crossover, but if you want humor in a darker movie, it has to have more of an edge.

Then there’s Chris Evans who plays the film’s main villain. The movie tells the audience that he’s the most frightening, socipathic antagonist out there, yet he cracks so many jokes that it’s like he’s from another movie. Honestly, it gets to where he’s nearly doing slapstick at points.

With a budget of nearly $200 million, one at least hoped the action would be satisfying, but that is a letdown at times, too. There’s so many damn cuts in some fight scenes that it’s hard to tell what’s going on. There’s also a plane crash set piece that’s so messy, it’s like someone threw a CGI can of paint at the wall.

Directors Anthony and Joe Russo managed to put together a film that while not truly bad, never once gets close to being good. It’s so forgettable that even fans of typical action fare will be checking their watch. 2 out of 5.

One thought on “REVIEW: Don’t waste grey matter on ‘The Gray Man’”