This year put us through a lot of changes, including how we watch movies. However, despite much more film viewing happening at home, one thing stayed consistent.

Like others years, 2020 offered some bad movies, some of which made it to the big screen and others only available in the living room. Here are my picks for the worst the year had to offer. 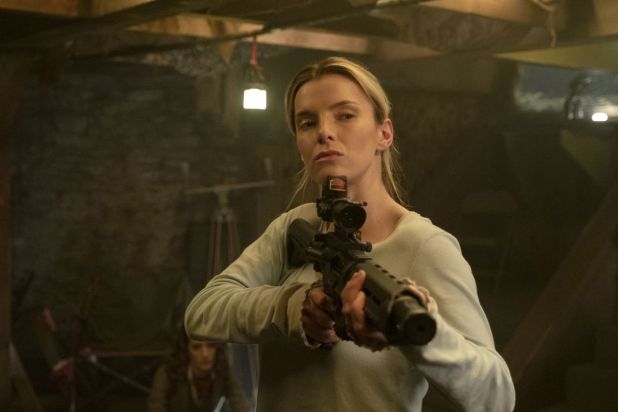 For a movie like this, the satire should be sharp, but “The Hunt” was rather dull. Topical subjects, buzzwords and moments of surprise violence are thrown at the screen at a rapid pace, but not much of it works.

Some of the action sequences scored some points, but the dark humor here mostly induced eye-rolls. Films like “You’re Next” and “Ready or Not” pulled off this concept much better. 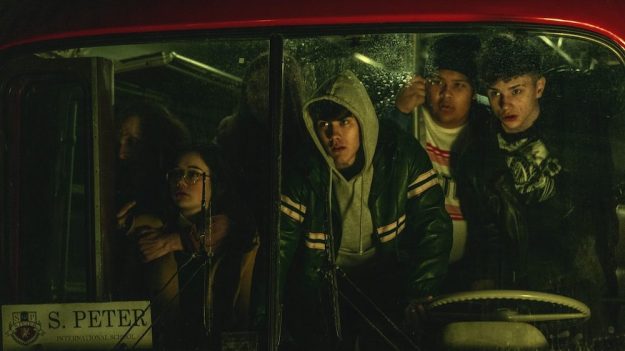 “Shortcut” is a horror movie that is rated R, yet has a story that feels like it was made for younger genre fans who just graduated from the “Goosebumps” level. The movie’s screenplay is woefully unimpressive. Now, that’s not the biggest issue for a horror movie, but the picture doesn’t offer any good scares, either.

If the movie is going to offer nothing but a lame story and generic characters, the least it could do was also give some B-movie blood and gore. It couldn’t even do that.

Revenge movies work when they’re simple. A one person army has a vendetta and goes after those that wronged them. “John Wick,” “Man on Fire” and “Taken” are good examples.

Unfortunately, “Rhythm Section” had an unreasonably convoluted story. The movie doesn’t offer much in terms of great action sequences either, and the protagonist is dull as well.

This movie is basically 90 minutes of Omar Epps’ character doing sneaky things and freaking out the main character until it gets to the pathetic climax. It’s amazing that this came out the same year as “The Invisible Man,” considering how much that movie pushed the genre forward and this pulled it back.

The movie isn’t even fun in a B-grade, schlocky way, the same way 2019’s “The Intruder” was. It goes through the most generic motions and overall, is more fit for the Lifetime channel than Netflix.

Unique or strange relationships are nothing new to cinema, but what helps is to have some level of normalcy. That doesn’t exist in “The Wrong Missy,” and it’s a complete detriment.

The most glaring example is the titular Missy, who’s not just quirky, she’s pushed to a completely absurd degree. It’s not limited to her, though, as characters played by Nick Swardson and Rob Schneider make fools of themselves with exaggerated characters.

The main character, meanwhile, is completely dull, making for weak banter with Missy, ultimately making their interactions less funny. If one can handle the bad characters, they can enjoy a completely generic story and comedy that goes for low hanging fruit.

“Then Came You” had a gorgeous location, two charming performers and a good premise. However, the movie is let down by an awful script, which fails to make a truly compelling and charming romance.

The script doesn’t offer many meaningful romantic moments, other than trying to tug heart strings occasionally. It also fails to produce many laughs. A prime example is a gag right toward the end that doesn’t fit at all.

Another issue is how its story is put together. A major example of this is one of the main characters having a fiance who barely shows up at all. In fact that main character doesn’t even act like he’s engaged. It’s almost like the sub plot was added only to pad the run time.

“Irresistible” gets local politics so wrong in many ways. The political  ads and big party advisors just feels so exaggerated for a small town race.

An excessive approach to a smaller election can work in a more outrageous comedy like 2012’s “The Campaign.” But for a film trying to be a more straightforward satire, it comes across as ill-fitting.

It doesn’t help that the non-political humor basically boils down to a big city person going to a small town and reacting to how different it is. That’s not a bad concept, “Hot Fuzz” for example got it right. But “Irresistible” just drops the ball in its attempt, offering nothing clever.

The worst part of “Irresistible” though is its lack of teeth. The movie doesn’t bother to tackle any issue or tough subject to explore real problems in our politics. Instead, it just points out obvious things, such as problems with the two party system and too much money in politics.

In 2005, this may have been more profound, but at this point, it’s a weak take. The twist at the end really works against the movie, too.

The first “Babysitter” movie from 2017 wasn’t a top tier film, but it was still a fairly enjoyable horror comedy. Its sequel on the other hand was a total mess.

The movie feels like such a rehash of the first one that watching it becomes tiresome. The film just recycles characters from the first one and puts the protagonist into an even more generic slasher story, losing the type of charm the first one offered. It doesn’t help that the new characters introduced are forgettable, too.

The biggest issue with “Killer Queen,” though, is its protagonist. In a sequel, one wants to see the main character  matured and keep the growth they picked up from their arc in the first. However, the protagonist, Cole, basically regresses to the character he was at the start of the first film.

It doesn’t help that the movie’s attempt to replace the last film’s antagonist with a poor imitation doesn’t work either. A few good bloody scenes here and there couldn’t save this film that was a disappointment to the average viewer and fans of the first picture.

The second movie I watched in 2020 ends up as the second worst of the year. Go figure.

This thriller had its fair share of issues, but the biggest was how damn boring it was. There’s of course a natural intrigue to see what’s really going on, but a viewer only has so much patience, and it gets spent with this one quickly.

The movie has a dull repetition, where the protagonist gets freaked out by one of the children she’s watching over again and again. There’s little tension being built over the course of the run time.

The movie really crashes and burns, though, with it’s ending. It came across as if the creative team had multiple ideas on how things should wrap up, and just shoved them all in, making for a convoluted, lousy finale.

It’s too bad, because the film seemed to have a committed cast and a good location with an old, Gothic house. In all other areas, though, this one failed to impress.

As a critic, one expects to see some bad movies. It happens. Sometimes, though, you come across one that’s so awful that it legitimately tests your will. “Artemis Fowl” is one of those movies. It was a difficult task to sit through.

This movie fails on every level. The story execution is awful, coming across as too convoluted and packed with unnecessary politics in these fantasy worlds the film just set up. It’s even hard to tell exactly what the real objective is considering how botched the storytelling is.

It’s also disappointing how contained the picture feels. The movie introduces this fantastical world, but spends most of the time at this one mansion. It takes away from any feeling of adventure.

The characters, meanwhile, are either boring or annoying. The titular character Artemis, for example, is just a genius. He doesn’t have many flaws and as a result, there’s no major arc. That had more to do with the writing, though, than the actor’s performance.

Performances that actually were bad and downright baffling were from Josh Gad and Judi Dench. Both of them tried to put on this raspy, Christian Bale Batman voice, and it just came across as inauthentic and unnecessary.
What’s worse is Gad was completely miscast, as he doesn’t fit the outlaw type character.

It also doesn’t help that there was a ton of unnecessary narration and awful looking CGI.

I usually don’t post on social media during a movie but I had to share what I was going through for this one.

At least now we can raise a bottle or a glass to this year wrapping up and these movies being in the rear view.