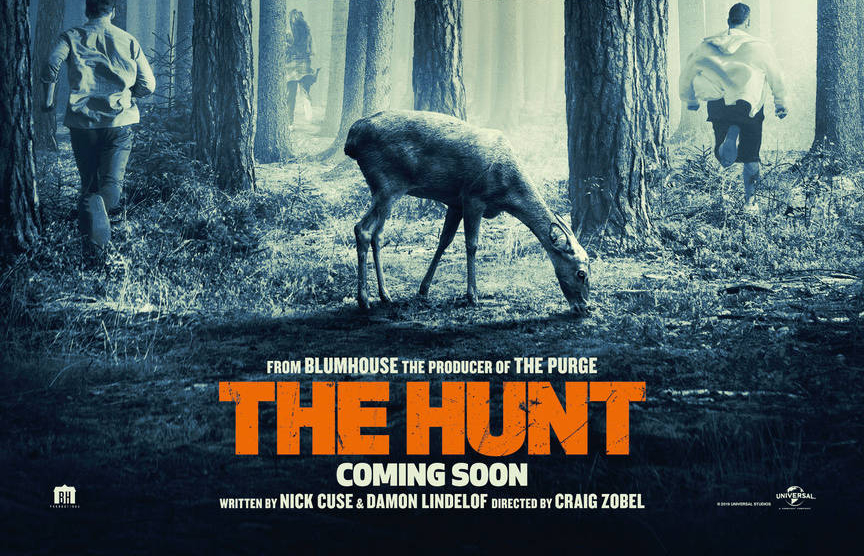 You better like buzzwords and dog whistles if you’re seeing this movie, because there sure are a lot of them.

“The Hunt” follows a group of characters who wake up one day in a clear field, seemingly in the middle of nowhere. When they eventually come together around a large crate, they find the box is full of firearms. Moments after finding the guns, the group is fired upon and several of them are killed.

The survivors, all seeming to have similar political leanings, learn that they are being hunted and must try to survive. The one with the most success in surviving the situation is Crystal (Betty Gilpin), who seems to have some combat experience.

So much of “The Hunt” feels like it’s made to either just shock the audience or peak movie goers’ attention with topical statements and political buzzwords. It’s basically just throwing mud at the wall hoping something will stick. The satire and messaging here isn’t subtle at all and it becomes exhausting really quick.

It really doesn’t help when “The Hunt” doesn’t exactly have a very innovative story. What’s featured here has been done before, and done much better in pictures such as “You’re Next,” last year’s “Ready or Not,” and even some of the “Purge” films.

The movie is hurt even more in the third act by a rather absurd twist which is only there to subvert the expectations of audiences. This It’s just another piece of this picture that falls flat.

As for the characters, many of them are just annoying caricatures with basically just stereotypes to offer. This is true for both the hunters and the hunted.

As for the main protagonist, Crystal is somewhat forgettable. She’s of course supposed to be a hardcore character who’s able to fight back. However, despite much of the movie going in a more comedic direction, the humor with Crystal is rather limited. Gilpin does have a few good moments here, but the character is mostly unmemorable.

“The Hunt” gives a feeling that it’s just trying too hard. The dark humor here is more eye-roll inducing than laugh producing, the characters aren’t all that great and the movie runs too long considering how simple of a story this is. 1.5 out of 5.

2 thoughts on “REVIEW: Few things work in ‘The Hunt’”