The 2000-2009 decade built the foundation, but the past 10 years is where the super hero/comic book genre established itself as a juggernaut in Hollywood. Today, in part because of these 10 films, the comic book/super hero genre is at a whole other level. 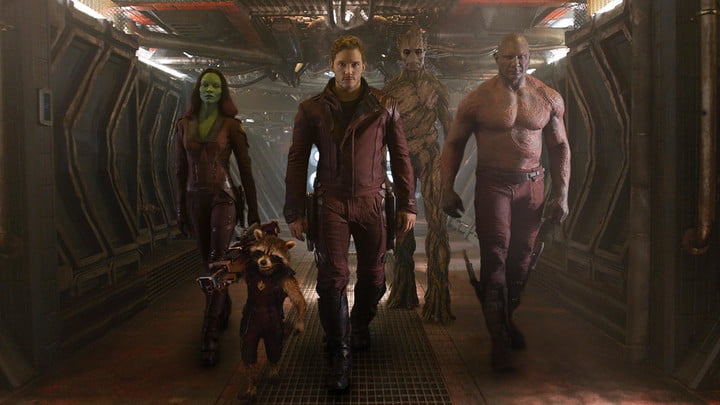 “Guardians of the Galaxy” was a big step forward for the Marvel Cinematic Universe. Incorporating Thor and bringing that mythology into play was one thing, but having a whole space opera was another.

Marvel pulled it off exceptionally well, though. The humor is so on point and the movie offers many great action-filled moments. The best part of the movie, though, is the collection of main characters, which an audience can grow to love real fast.

The “Thor” series was kind of average at best for a while. The first film was fine and then the second ended up being a low point for the franchise. The third, though, was amazing, balancing fantastic comedic elements along with key moments of character development.

In addition to being hilarious and entertaining, the movie introduces Valkyrie, who is a great character, and also has a story with themes about societies built on conquest and colonization. 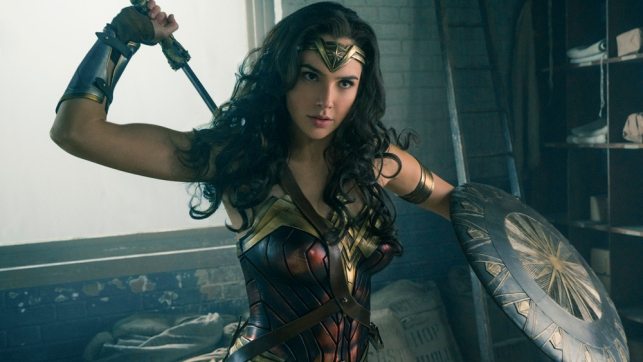 DC hasn’t exactly had the easiest time keeping up with Marvel. Even during the 2000s it took a great auteur director in Christopher Nolan to compete directly with what Marvel was doing. Every now and then, though, DC comes along with a really good flick.

That was the case with “Wonder Woman,” a stylish, well crafted picture from an experienced director, Patty Jenkins, starring two great leads, Gal Gadot and Chris Pine, as likable characters.

There’s a lot of great action here, seeing Wonder Woman battle with her glowing whip is a real treat. What really makes the movie work, though, is Wonder Woman’s fish-out-of-water character arc and her relationship with Pine’s character. 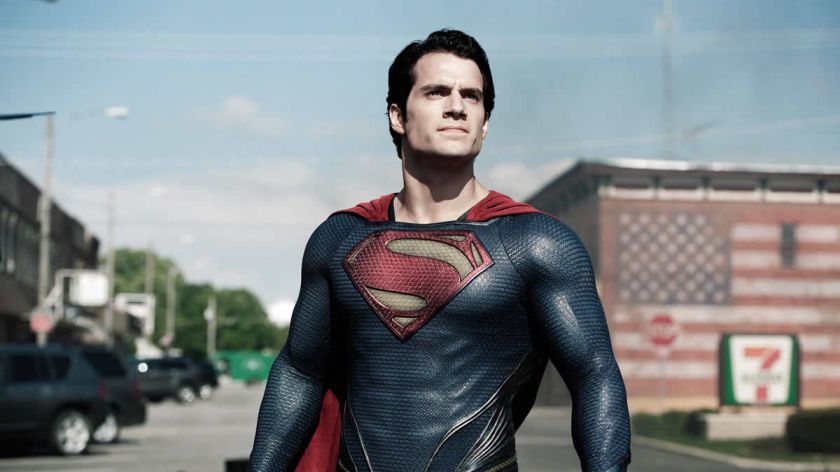 This movie had a mixed reception. There were plenty who weren’t all too happy with this adaptation of the Superman story. However, I fell into the camp that loved the movie. I liked the concept of Clark having a bond with both of his fathers, and I think each of them were well played by Kevin Costner and Russell Crowe.

I was also very pleased with the portrayal of Clark Kent as a person still trying to figure out who he is, including flashbacks to his youth where he was even scared of his powers. The sequence where he gets his suit, learns about the house of El and eventually flies for the first time is especially satisfying to watch.

Carrying the lead role was Henry Cavill, who did solid work in portraying a new Superman, who was still learning the ropes. Michael Shannon was also great as the villain Zod.

One issue I had with the film was the rushed relationship with Lois Lane, but that’s a minor issue. What benefited the movie greatly was the action. I’m a fan of big anime fights like those in “Dragon Ball Z,” so to see a battle of that scale in live action was a treat.

By the time 2011 rolled around, “X-Men” wasn’t in great shape. “X-Men: The Last Stand” was a wreck and “Origins Wolverine” wasn’t much better. Fortunately, the series had new life with a prequel featuring two fantastic performances from Michael Fassbender and James McAvoy.

While the movie took place in the past, the 60s aesthetic set it apart from other “X-Men” films and made it feel fresh. Director Matthew Vaughn really got back to basics with this “X-Men” film, remaking the foundation with themes about equal rights and whether or not to hide who you are. Seeing this conflict through the eyes of a younger Charles and Eric was great.

From a scene where Eric exacts revenge in South America to when he and Charles are playing Chess, “First Class” offers scenes with not just entertainment, but intrigue as well.

The story of Peter Parker and his adventures as Spider-Man has been told a lot on film now. So, credit to the production team here for bringing web-slinging action back to the big screen, but with new characters and some fun twists on the lore.

“Into the Spider-Verse” is an inspired animated feature that has great, unique visuals, a solid voice cast, killer music and a heartfelt character journey. The film feels familiar, as it includes classic Spider-Man elements, but is also very new and it stands on its own.

Just as Robert Downey Jr. became Iron Man, Hugh Jackman truly became Wolverine. After many adventures, both solo and as a member of the X-Men team, though, it was time for his story to end.

He was sent out with a fantastic action-drama featuring an impressive script and incredible performances from Jackman, as well as Patrick Stewart as an older Charles Xavier.

The movie is so bitter sweet, in that there are moments of tremendous tragedy and yet in other moments Jackman’s character has moments of peace. 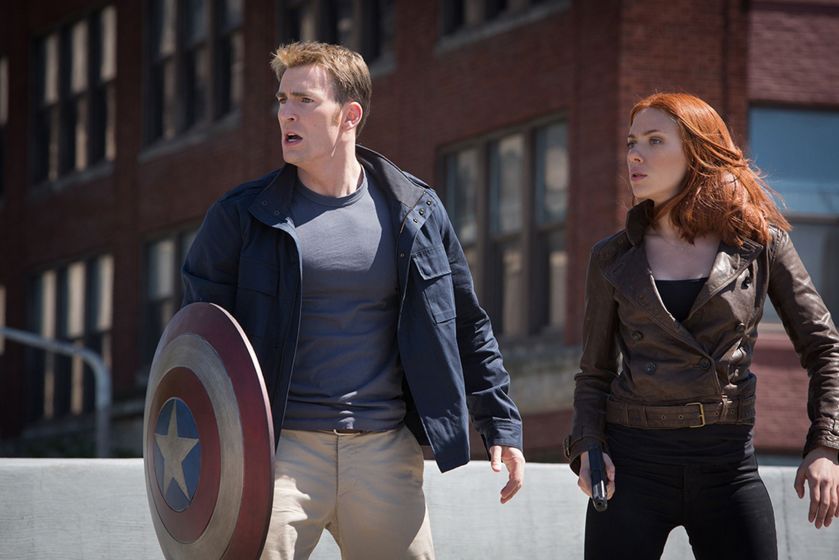 One of the great parts of how Marvel takes on some of its films is that it steps into other genres. The first “Captain America” was a World War II epic, “Ant-Man” was a heist, and in this case, Marvel released a fantastic spy espionage thriller.

The introduction of the Winter Soldier, the continuation of Steve Rogers’ character development as he navigates being a man from another time, and the corruption of a spy agency is all well put together in this entertaining flick. The picture even delivers some social commentary nicely.

Here is director Matthew Vaughn’s second film on this list and it’s one of my favorite films. Vaughn and the rest of the creative team adapted the best aspects from the original comic book and created an entertaining, character driven feature.

What’s most impressive about “Kick-Ass” is how it balances its tone. The film has some really funny moments, and many of them are satirical takes or comedic references to comic book films. At the same time, though, the film manages to have its serious moments, and they are interesting and endearing.

There’s an especially great scene where the main character is looking at his superhero mask in a graveyard, and it was very much the movie coming full circle in a great way.

On paper, with so much going on, “Infinity War” shouldn’t have worked perfectly. Yet it does. Directors Anthony and Joe Russo, along with the cast and crew, put together an amazing epic with a fast paced adventure that still leaves room for a well developed and thought-out story.

This was “The Empire Strikes Back” for this generation. It was a dark, exciting and intense piece of cinema where a person doesn’t know what will happen next. 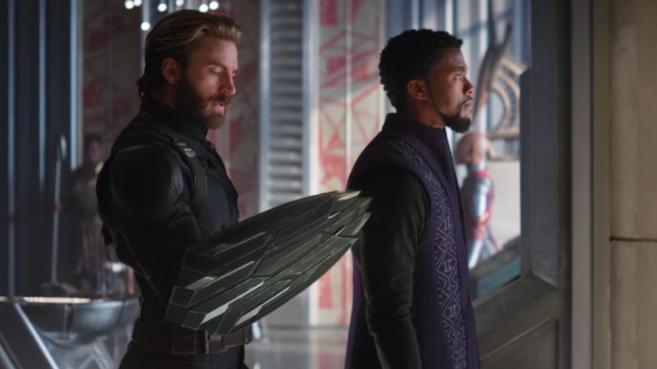 The acting is phenomenal, the characters are just as memorable here as they are in solo movies and the banter between them is great. What really brings it all together, though, is the fantastic villain Thanos.

“Infinity War” will be remembered for its place in pop culture and its impact on media for this generation. It’s an amazing film.

One thought on “Best of the Decade: Comic Books”