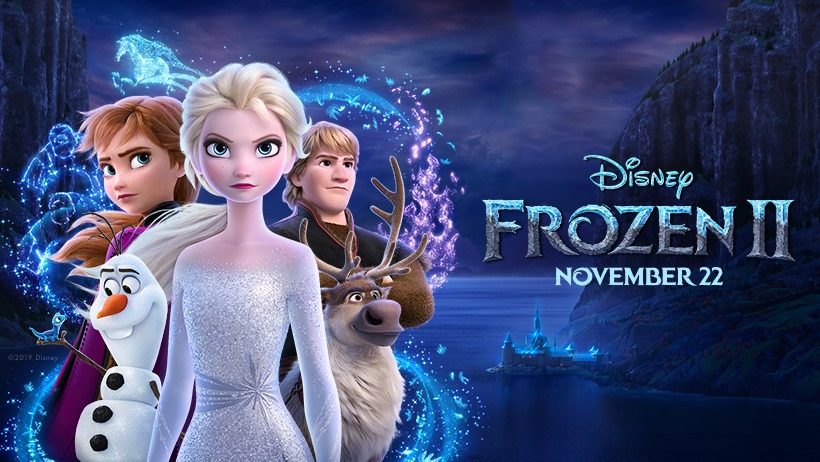 “Frozen II” may not have surpassed the first film, but it managed to get another song stuck in my head. So, mission accomplished?

The history and lore of the Arendelle Kingdom, details about the world’s magic, along with the relationship between royal sisters is all explored in this sequel to Disney’s smash hit from 2013. The movie is set about three years after Elsa (Idina Menzel) became queen, learned how to harness her powers and with the help of her sister Anna (Kristen Bell), managed the Southern Isles crisis.

At the movie’s beginning, the kingdom appears safe and the returning protagonists seem happy. However, Elsa begins hearing a voice in the distance and the power of nature stars wreaking havoc on Arendelle. Determining the voice she hears and the kingdom’s history are connected to what’s happening, Elsa sets off on a journey to an enchanted forest with Anna, Olaf (Josh Gad) and Kristoff (Jonathan Groff) to set things right.

As mentioned in the lede, “Frozen II” unfortunately falls short of the the fantastic first film, and one of the most glaring issues is how this sequel executes the story. “Frozen II” isn’t a movie with bad ideas or concepts. In fact, there were a lot of interesting elements introduced here and many of them worked just fine.

However, they don’t all come together as neatly and coherently as one would like. It’s even noticeable that the movie is too short, as there’s not enough time for things to develop as they should.

A whole new population of people is discovered, secrets are unearthed, and as a whole the heroes are on an adventure, but the characters move on from place-to-place just a bit too quickly for emotional moments to set in or for new characters to be fully introduced.

Another issue is how the main characters eventually split up, so there’s less time for them together as a team. Additionally, one of the protagonists has far too little screentime. 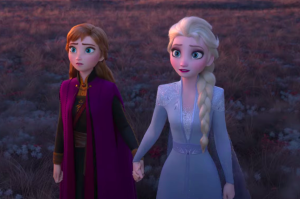 While the movie’s narrative is rather messy, though, “Frozen II” still has merit. As previously stated, there were some solid ideas here incorporated in the story, such as more details on Elsa’s powers and the impacts a nation’s history has on its current rulers.

The latter is especially important in how the movie delivers its themes. Even when the movie doesn’t really stick the landing with the ending, “Frozen II” has a plot that’s above average for an animated feature.

Where this sequel works especially well, though, is with its characters. While the film has some issues, the moments the characters have on screen, especially when they’re together, are emotional and heartfelt. The development of the characters all feels natural, too, with all of them having good continuity from the first film.

Like the first picture, Olaf is again the comedic standout, and the writing for the character is phenomenal. This time around the writers gave Olaf a lot of meta-humor and commentary, and it was usually where the flick produced the biggest laughs.

The character arcs the main trio of characters go on here is pretty good, too. In fact it’s arguable that Anna had more character growth than Elsa this time around. Both siblings get their time to shine, though. 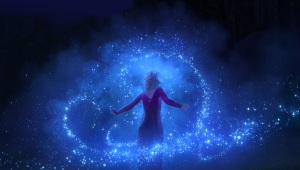 Like its predecessor, the characters also do quite a bit of singing here, and most of it works. This line up of music falls short when compared to the first, but there are still plenty of catchy and emotionally relevant songs here.

“Into the Unknown” will most likely become the most popular and enjoyed from the movie thanks to Menzels amazing vocal capabilities, but there were other standouts too, such as a power ballad sung by Groff’s character Kristoff.

One aspect that is on par, if not better than the 2013 picture is the stunning animation. Disney continues to push boundaries and what the animators pull off here deserves a lot of credit. If audiences thought the water was beautifully animated in “Moana,” they’re in for a whole other level here. One sequence where Elsa is trying to venture into an ocean is truly incredible.

“Frozen II” doesn’t reach the heights of some other recent pictures from Disney like “Moana” or “Zootopia.” It also doesn’t surpass the original like other animated sequels such as “Kung Fu Panda 2” or the “Toy Story” series.

The story doesn’t come together as smoothly and it definitely needed more time tacked on. However, the movie delivers some good songs, brilliant animation and memorable character moments. 3.75 out of 5.