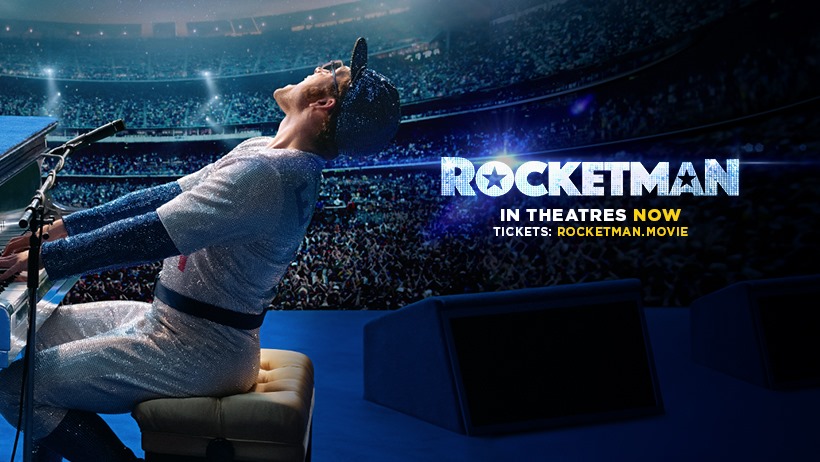 Saturday might be the time of week alright for fighting, but any day is a good day to see “Rocketman.”

As the title and my song referencing lede implies, “Rocketman” is a film about the musician Elton John (Taron Egerton). The film focuses on John’s early success, which also, sadly, coincided with his struggles with addiction.

The picture tells both John’s early career story and the development of his psyche over time through a series of song and dance numbers numbers set to the musician’s music.

Incorporating John’s songs as musical numbers and having them actually play a part in the film’s narrative did wonders for this flick. Unlike some other biopics out there, “Rocketman” doesn’t just tell John’s story from being a nobody to a superstar, but it also explores who he is and what his music really means.

Rather than just acting as a way to detail a person’s story from start to finish, “Rocketman” is instead a deeply personal picture. Not only are the timeless hits by John enjoyable for the audience, they also make the movie much more compelling. John’s passion for his craft as well as his difficulties in life, are passionately told in a way that provides a great deal of depth.

It also helps that the musical moments are very well made. There’s full choreographed dancing and the music always matches the tone of what’s taking place on screen. There’s great attention to detail.

Making a lot of this work, whether it’s just moments of dialogue or sequences featuring music, is Egerton in the main role. Egerton goes all in with this performance, fully capturing John’s charismatic, eccentric personality.

He doesn’t just wear some of John’s well-known costumes or put on an accent, he embodies the person, convincingly becoming the music legend. Also as a cherry on top, he has some pipes, and sang many of the classic hits in true fashion.

It’s not to say “Rocketman” is perfect, as it does hit a few snags. For example there’s a small segment dedicated to John’s short marriage to sound engineer Renate Blauel. While an important part of John’s life, the way it was brought in and glossed over so quickly made it feel more like a foot-note. There were a few moments like this here and there, feeling out of place.

However, “Rocketman” is still a tremendously strong biopic, digging deep into who Elton John is through his own wonderful music and style. Watching the movie is an emotional experience, where one doesn’t just enjoy the music featured in the film, but can understand its meaning, too. 4.5 out of 5.