Director M. Night Shyamalan’s “Glass” releases to theaters this week, marking the conclusion of the trilogy which began with “Unbreakable” in 2000 and continued with 2016’s “Split.”

With another trilogy set to be wrapped up soon, I figured it was a good time to take a look at some of my favorite three-movie franchises. Small disclaimer, film is subjective and art can be difficult to quantify in numbers and data. With that in mind, this top 10 is more a way to organize these trilogies and less a matter of fact. 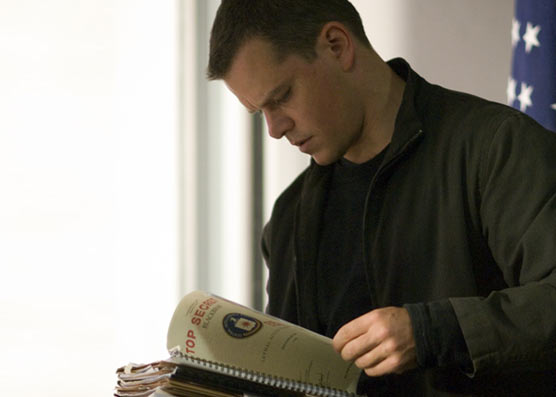 Yes, while the last two “Bourne” movies were rather hit or miss, the first main three in the series were all very high caliber action films. In the mid 2000s these pictures, two of which directed by Paul Greengrass, gave new life to the spy/espionage genre with stylish, intelligent formulas.

The final movie, “Bourne Ultimatum,” was especially well made. There’s a particularly wonderful scene in “Ultimatum” that takes place in a train station, and it can keep a person on the edge of their seat.

Along with 2000’s “X-Men,” the 2002 “Spider-Man” film helped launch a new era of super hero comic book films, building the foundation for the genre we enjoy today. The first “Spider-Man,” and its sequels, shouldn’t just be remembered as a history note, though.

All three, yes including “Spider-Man 3,” were fantastic action films, embracing some of the campiness of the source material while also treating its characters in a serious manner. The arc Peter Parker goes through over the three movies is handled well in each installment and the supporting characters have their own proper development.

The CGI hasn’t aged perfectly, but the films still look relatively good. And sure some of the dialogue might be cheesy at points, but it’s meant to be fun, and isn’t that what going to these movies is about? 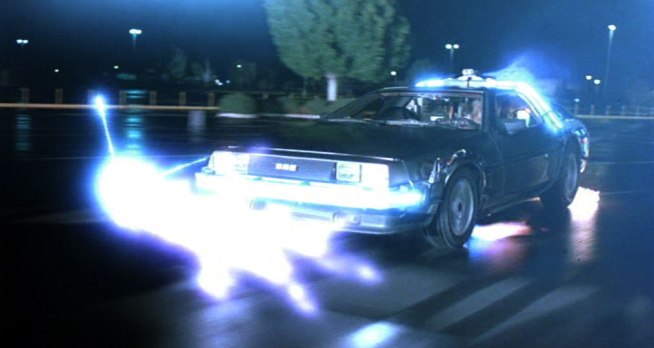 This, along with “Star Wars,” was one of the first trilogies I ever watched and it of course left a major impression. While the first movie remains the best, each film in the series had good quality and were quite likable. Marty is a great protagonist, Christopher Lloyd gave an all time memorable performance, the score is phenomenal and the moments where the heroes are racing against the clock are intense.

Especially great about the three movies is Marty reacting to the technology in each time period and the sequences that are parallel in each installment, such as the various races in the middle of town.

In this one’s case, there’s a clear favorite of the bunch which really gives the whole series a boost. “The Dark Knight” is not just one of my favorite comic book adaptations, it’s one of my favorite movies period. It’s definitely the peak of the series, with an Oscar-winning performance, a tight crime drama story, wonderful dialogue and incredible action.

The rest of the series deserves a lot of credit, though. While not on the level of “The Dark Knight,” both “Begins” and “Rises” have fantastic quality. Each movie was helmed by top tier Director Christopher Nolan and feature casts including Academy Award winners Morgan Freeman, Michael Caine, Marion Cotillard, Gary Oldman and Christian Bale. The level of care taken by the filmmakers in all three is tough to match.

There’s not really much of a debate on this one. “The Godfather” trilogy’s placement on this list is all built by the first two movies, considering the third is the weakest link. In all fairness, the third installment does have its moments and the story of Michael wanting to find some sort of redemption through a transition to legitimacy has a compelling factor.

What allows this trilogy to be so high, though, are the first two movies, both of which are masterpieces. Watching either of the first two “Godfather” films aren’t just simple viewings, they’re experiences that wash over you.

The level of brilliant filmmaking is so high in each, and they of course feature incredible performances from Al Pacino, Marlon Brando and Rober De Niro. Not to mention the fantastic supporting cast including Robert Duvall, Diane Keaton, Talia Shire and Abe Vigoda.

The stories, told over several hours, are so engaging, from Michael’s transition to a mafia head to Vito’s immigration and rise to power. They’re stories not just about mobsters and crime, but about family, loyalty and empires that can rise and fall. 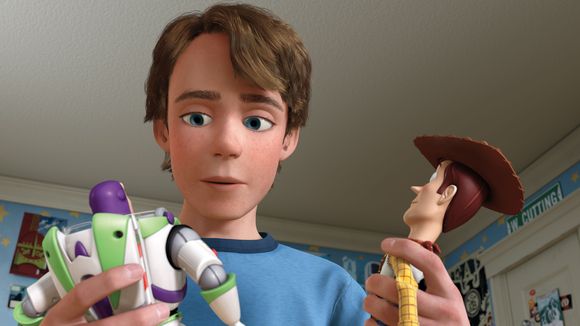 Each “Toy Story” movie is great and memorable. The animation quality always pushed the limits of what Pixar can do and the films were always so well written, accessible to the young and old alike.

The characters are so lovable in each feature and the voice acting is consistently done well. Most importantly, the themes of life changes and growing up are quite nicely packaged in all three.

Certainly one of the trilogies on this list to fly under the radar, the “Before” trilogy is actually one of the best three movie franchises made. Each installment is directed and written by Richard Linklater and stars Ethan Hawke and Julie Delpy in the lead roles.

Being a hopeless romantic, my favorite remains “Before Sunrise,” but all three movies are very well acted and extremely well written. Each film is quite simple, with every movie focusing mainly on the relationship of these two characters over a relatively short amount of time. Yet the dialogue between them and their growth as people is always engaging and even thought provoking. If you haven’t watched them yet, they’re a real treat to experience for the first time.

I walked into the first installment of this trilogy with quite a bit of skepticism. Considering the poor reception of the later films in the original franchise like “Battle for the Planet of the Apes” and the trainwreck that was the 2001 remake, I didn’t have too much hope walking in. I walked out stunned at just how good the new 2011 film was.

Caesar’s upbringing and his journey throughout the first movie was incredible, thanks to both Andy Serkis’ acting and the well written character arc. His change from trying to find a place in the world to being an idealistic leader was so captivating to watch unfold. The visual effects and the action were certainly helpful in making “Rise” an entertaining picture, but it was the relationships featured in the movie that really hook in audience.

This would continue in the two phenomenal sequels as well. Caesar’s ongoing journey of trying to maintain peace despite internal and external forces work to create conflict is fascinating to watch and creates a memorable experience in each film. Some were a bit disappointed that the final film didn’t include as much war scenes considering the title. However, taking the movie as it is, the film is consistent in the quality of the other two. This is an all time great trilogy. 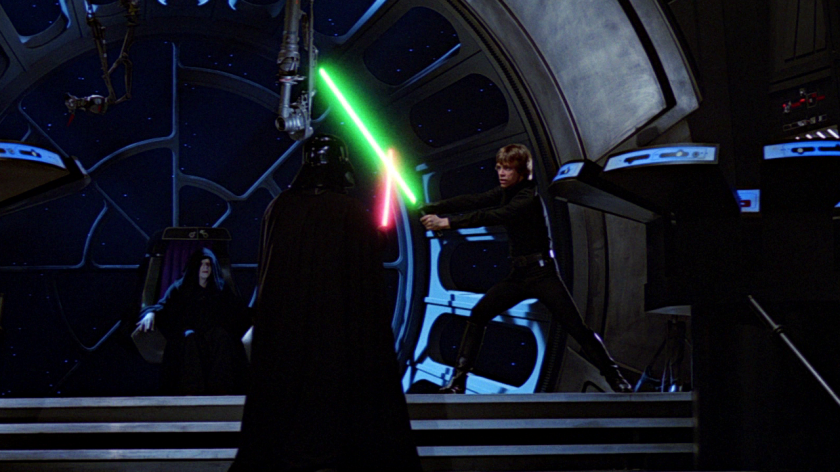 Not sure I can add too much to the discussion, but here are my thoughts. The original “Star Wars” trilogy doesn’t just remain one of the best series out there, it’s also become a sort of blueprint for how other trilogies should be laid out.

“A New Hope” remains a great introduction for the lead protagonists and the villain, complete with a proper amount of world building. Audiences are also introduced to an all time great musical score and fantastic action sequences with special effects that still hold up.

The sequel, “Empire,” does exactly what a second film should do. The world is expanded, the story takes a turn in a new direction, the stakes are raised and the characters develop in important ways. The picture also features the significant twist that most people have come to know so well.

The finale in “Jedi” is a fantastic way to wrap things up, too. The final battle is tremendous in scale with multiple things going on and all of it coming together in a cohesive way. More important than the final conflict, though, is the great resolution with all of the characters. Everything they were building to reaches its proper conclusion here for Luke, Han and Leia. 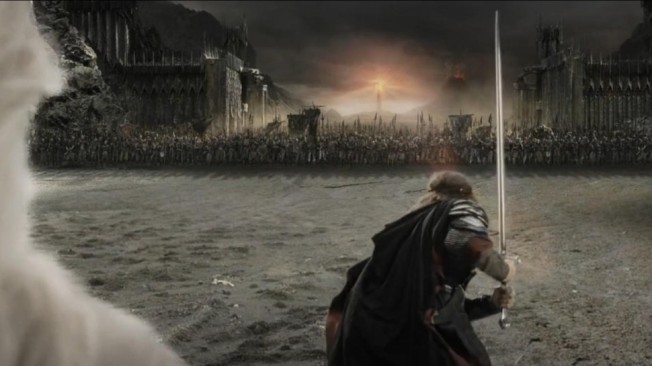 As I said at the start, the number system here is more of a rough estimate. When it comes to all of these included on the list, I’d recommend all of them because of their consistent quality. With that said, “Lord of the Rings” managed to work itself to the No. 1 spot, thanks to just how interlocked all of the films are while still standing on their own and the great filmmaking process that made this happen.

Of course credit has to go to J.R.R. Tolkien for writing the source material. In terms of bringing it to screen, though, Peter Jackson is quite deserving of praise. The task of bringing all three movies to screen was a monumental undertaking, and Jackson, along with his crew and casts, pulled it off perfectly.

You can make a checklist, and go down the line of cinematography, editing, acting, writing, and each installment would come out with good grades for each category. It’s no wonder that “Return of the King” earned 11 Academy Awards.