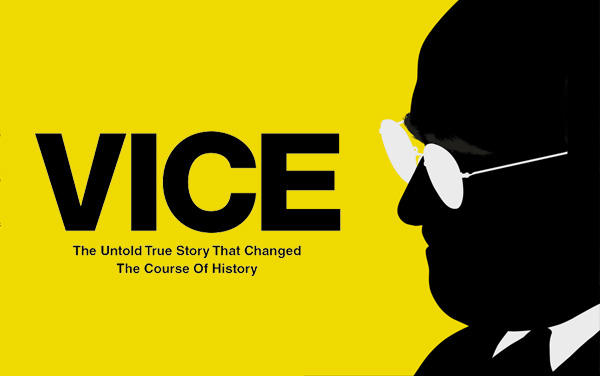 Director Adam McKay had a few comedies under his belt before hitting the award circuit in a major way with “The Big Short” in 2015. In that film, McKay took on the 2008 housing crisis and Great Recession with brilliant humor,  while still exploring the serious subject matter. McKay tries to do the same thing here with “Vice,” but the results are much more mixed.

The movie is about the rise of former Vice President Dick Cheney (Christian Bale), who served alongside former President George W. Bush (Sam Rockwell) from 2001-2008. The picture explores how Cheney went from a Congressional aide, to a House member, then to having seats in the White House staff, and finally, assuming the vice presidential position. Over the course of its runtime, “Vice” shows Cheney’s relationship to his wife Lynne (Amy Adams), his daughters, and his political allies, such as Donald Rumsfeld (Steve Carell).

In addition to his personal life, “Vice” also showcases how the policies Cheney advocated for impacted the lives of Americans and other people across the globe.

The big problem in “Vice” is how it seemed like McKay was almost trying to have the picture two ways. At some point it seemed like an honest biopic of Cheney, with scenes meant to humanize the figure, while others came across as completely satirical. The latter is more how the movie “W.” (about George W. Bush) by Oliver Stone was done, and while that film was hit or miss, it was at least more consistent in tone than “Vice” was.

It’s understandable what McKay was going for here, since his style did work so well in “The Big Short.” However, there were a few differences that caused that to swim, and “Vice to sink. One is that “The Big Short” took place seemingly over just a few years, basically from 2006-2008 when signs of the crash were coming. “Vice,” on the other hand, wants to tell most of Cheney’s professional life story, which of course is over several decades. As a result, so many life events are crammed together.

Another problem, and this is one of the bigger differences, is that “The Big Short” was a story told by the outsiders of the situation. The movie didn’t take place in the U.S. Treasury or the boardroom o Goldman Sachs. What that allowed for is the position of an observer to the situation, allowing for some more liberties for commentary. “Vice,” meanwhile, is from the position of the insiders, and as a result, some of the liberties with the story appear more inauthentic and commentary more obvious.

Possibly the most noticeable issue with “Vice,” though, is the narrator. Not only does the narrator of this film over-explain sections that didn’t always need a description, but the reveal of who the narrator really is does not work on any level.

Now, this review has been largely negative, so let’s switch to positives. While showing every aspect of Cheney’s career in Washington D.C. might have been a little much, it was still an interesting watch overall. Those who’ve seen theatrical documentaries or some of the other features on this subject matter, such as a few fantastic productions from PBS’ “Frontline,” will find the territory pretty familiar, but this different perspective does provide more insight.

The lead performance also deserves tremendous praise. As usual, Bale is incredible, transforming himself completely into the former VP. From his voice to his facial expressions, Bale amazingly captures the real life person. In a way, it’s a performance reminiscent of Meryl Streep’s in 2011’s “The Iron Lady.” While that movie wasn’t well executed, Streep’s performance as Margaret Thatcher was incredible. The same can be said for Bale, who knocks it out of the park.

Amy Adams, Alison Pill and Lily Rabe were also really good as Lynne, Mary and Liz Cheney, respectively. However, while Carell and Rockwell are both talented performers, I can’t help but feel they were directed to portray their respective characters too comically.

“Vice” has a top tier, Oscar caliber lead performance and features many great moments that explores how influential Cheney became. Yet the film never sticks the landing when it comes to how it’s all laid out, and the tone is inconsistent. 2.75 out of 5.