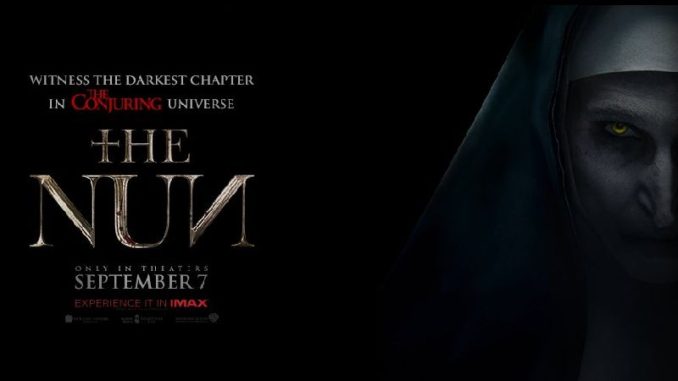 I wasn’t sure if “The Nun” would be all that scary. But what I really didn’t expect was for it to be so boring.

“The Nun” is part of the “Conjuring” cinematic universe and actually takes place decades before the original movie came out. The story follows Father Burke (Demian Bichir) and a young nun in training, Sister Irene (Taissa Farmiga).

The two are sent to Romania by the Vatican to investigate the death of another nun at an old abbey. As they begin their investigation with the help of a local farmer (Jonas Bloquet), though, they soon learn that they have to face a horrifying entity.

Of all the movies in the “Conjuring” series so far, “The Nun” feels the most generic. Not that the other pictures in the franchise did much that was significantly new, but each of them usually offered something to set itself apart and make the situation more interesting.

“The Nun” feels like it has nothing going for it. The scares are often cheap and generic while the story offers no great twists or turns. Additionally, there are a lot of noticeable similarities between this picture and 2004’s “Exorcist: The Beginning,” which isn’t particularly a good thing.

This latest horror feature isn’t helped by the cast, either. The reason the two lead characters in “Annabelle: Creation” worked was because of some memorable performances. The same can be said for the original “Conjuring” movie, with two solid performances from Vera Farmiga and Patrick Wilson.

The performances here, meanwhile, don’t exactly stand out. I think Farmiga and Bichir were both alright, but never bring enough charisma to the roles. It doesn’t help, though, that the characters are quite shallow. There’s simply a lack of personality.

The worst offense of “The Nun” though is its attempt at scaring. Here’s the setup: nuns wear a headdress that can block their face from the side view, so sometimes the only way to see their face is to be in front of them. You can probably guess what the main scare of the film is. Start from the back or side of the nun, and slowly pan the camera around or have the nun turn around and have the face be creepy.

That’s a huge majority of the movie’s attempt at scares, and they become extremely repetitive. Other than that, it’s mostly jump scare after jump scare.

As previously stated, the other “Conjuring” films were a bit more creative. Another area where other pictures succeed this one was in creating the paranormal activity. Unlike its predecessors, the film does very little in setting up unique frights.

I wish I could give more credit to the film’s set pieces. An old Gothic abbey is a nice place for a horror movie, yet I can’t help but feel it could have been done better. Say what you will about 2012’s “The Woman in Black” or 2015’s “Crimson Peak,” but you can’t deny that each one made great use of the settings. “The Nun” unfortunately doesn’t compare.

This is easily the most skippable movie of 2018. The characters are uninspired, the performances lack charisma, the story is predictable and the scares aren’t there. It’s a picture that is never engaging and feels longer than its 95 minute runtime lets on. 1 out of 5.

2 thoughts on “REVIEW: ‘The Nun’ is a generic, one note picture that you can skip”