Summer 2018 is coming to a close and there were some really good flicks that came out in the past several months. However, these movies might not get recognition during award season.

Now, that could always change with the Academy’s supposed Popular Film category that’s right around the corner. But still, I like giving my own form of awards to the movies of summer.

This film is a lock for my top 10 list at the end of the year. I saw this four times in the theater and watched it again recently on the small screen, it has held up every time. The dialogue is snappy and smart, while also having moments that bring a lot of gravity to the situation.

The fact that this movie was able to so perfectly mesh so many story threads and a plethora of characters into such a well-crafted picture that never feels convoluted is amazing. The scope is massive, the action is fantastic and the acting is top tier.

I’ve not made any attempt to hide my disappointment over the fact that “Incredibles 2” didn’t feature a time skip after the first film. However, this was still a great addition to the Pixar library.

While the film does retread some of the same ground as the first picture, the family dynamic is still interesting, with the aspect having great execution. The issues they work through, not only as superheroes but in their lives as people, is compelling, despite having similarities to the first.

The animation featured is also top notch, especially during a chase sequence that takes place with one of the main characters. The voice acting was also quite good here, with Holly Hunter being the main standout.

It wasn’t exactly what I hoped for, but it’s still a fine animated flick for the family.

This was fairly close, but for me, “Teen Titans Go!” had more of those big, gut laughs. Not only was “TTG” great thanks to its referential humor that poked fun at the superhero genre, but it also went to places I didn’t expect.

There are a lot of surprises here, with some of the comedy actually going to dark places to great effect. The animation quality is also quite nice, with many clever sight gags added to the mix. 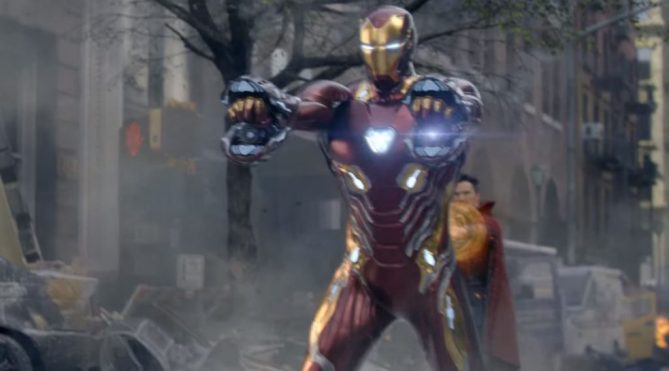 The “Sicario” sequel and “Mission Impossible Fallout,” along with “Deadpool 2,” were all fine action flicks. However, taking the top spot again was “Infinity War” The movie featured incredible, memorable moments of action with high stakes.

The battle sequences here keep an audience on the edge of their seat and there are scenes that make you want to stand up and cheer.

Runner-Up: “Sicario: Day of the Soldado.”

One of the people carrying my favorite movie of the summer was Downey Jr. After 10 years, Downey Jr. has basically become Tony “Iron Man” Stark.

As this is the greatest threat the Avengers have ever faced, Downey Jr. gives an especially powerful performance. There are dramatic moments here featuring Downey Jr. where his acting is award caliber.

“Eighth Grade” completely revolves around Fisher’s character Kayla, so her performance would make or break the film. Thankfully, Fisher knocked it out of the park, she is incredible here.

Her portrayal was very raw and real. There was authenticity with her delivery and her portrayal of emotions, whether her character was experiencing a panic attack, self-esteem issues, or was trying to find confidence by way of self-help YouTube videos.

While John David Washington gave the best performance as the lead character in “BlacKkKlansman,” just as important to the film was Driver playing the role of another detective.

Making Driver’s performance really work is a certain subtlety, where his character is acknowledging the racism directed toward his own Jewish heritage, but also has to remain professional as a law enforcement officer. It’s a really solid performance from the actor who’s been on a really solid streak lately.

While Constance Wu was the star of “Crazy Rich Asians,” there were many times the performer Awkwafina stole the show. Awkwafina plays the best friend of Constance Wu’s character, and she is hilarious.

Awkwafina brings an infectious energy to the screen and that is a great asset to this comedy picture. She is consistently funny and helped make the movie a hit.

There were some extremely good action sequences this summer, with one of the highlights taking place in “Mission Impossible Fallout” with a pair of helicopters.

However, nothing compares to the epic battle in Wakanda.

This was an amazing moment, from Captain America and Black Panther fighting together on the battle field to Thor arriving just at the right time. One of the best parts of “Avengers” films is seeing all of the different heroes showcase their powers and abilities in unison, and that was again the case here. From War Machine using all of his weaponry in the armor to Thor summoning his lightning. It’s an incredible spectacle.

One area that was so on point with “Fallout” was its sound work. The crew designing the sound here did a marvelous job, capturing all of the punches, gunfire and machinery in extraordinary fashion.

When one thinks about how much is going on in the film, especially when dealing with scenes in helicopters, airplanes and skydiving, the sound work becomes incredibly important in making sure the audience hears the right thing at the right time. Those working on this movie in the area of sound nailed these aspects.

While legendary cinematographer Roger Deakins, who worked on the first film, departed, “Sicario” 2 still has some great camera work thanks to Dariusz Wolski. A strong, experienced director of photography in his own right, Wolski does great work here, capturing the landscape and the terrain to great detail.

The film is simply gorgeous to look at from start to finish. While maybe not on the level of its predecessor, it still is a great looking picture. 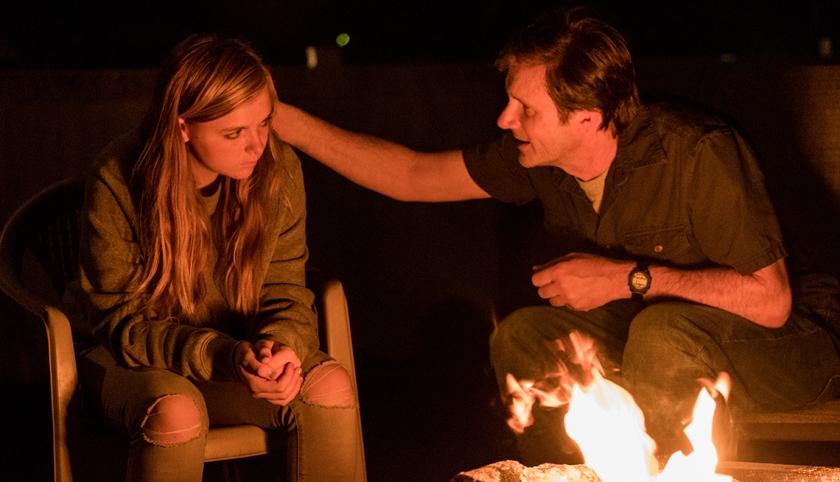 The writing featured in “Eighth Grade” is so strong thanks to how relatable and real it was. The characters and the dialogue have a great deal of authenticity, creating an on point slice of life picture.

The best coming of age films are also often driven by how well they can capture the awkwardness and attempts at self confidence that can occur during youth, and this movie does that exceptionally well.

No real surprise here. The budget of “Infinity War” is estimated between $315 million and $400 million, and while a great deal must have gone toward the extensive cast, there’s also no doubt that plenty went into the special effects.

From space ships, to alien creatures and the epic battles, everything here looks great. The effects weren’t what made “Infinity War” the best movie of the summer, but they sure as hell complemented the product. 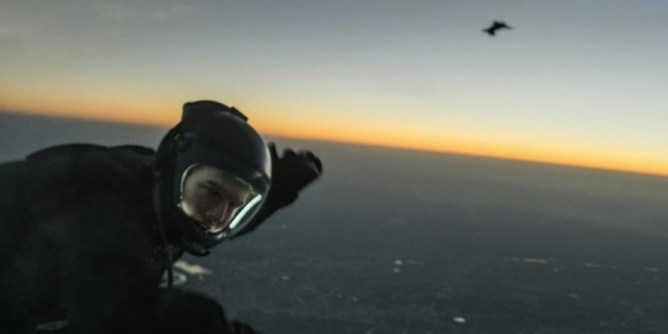 A staple of the “Mission: Impossible” franchise has been Tom Cruise’s constant willingness to perform stunts. The guy actually learned how to fly a helicopter just for the movie and broke bones while filming.

That’s commitment, and it makes the film’s action moments that much more thrilling because of their realism. It’s what makes the helicopter and skydiving scenes such edge-of-your-seat moments.

While the acting and script made “Eighth Grade” a great picture, adding to the whole thing was the score. The music adds to the mood and compliments the emotions portrayed on screen.

Another great thing about the soundtrack is how unique it is. 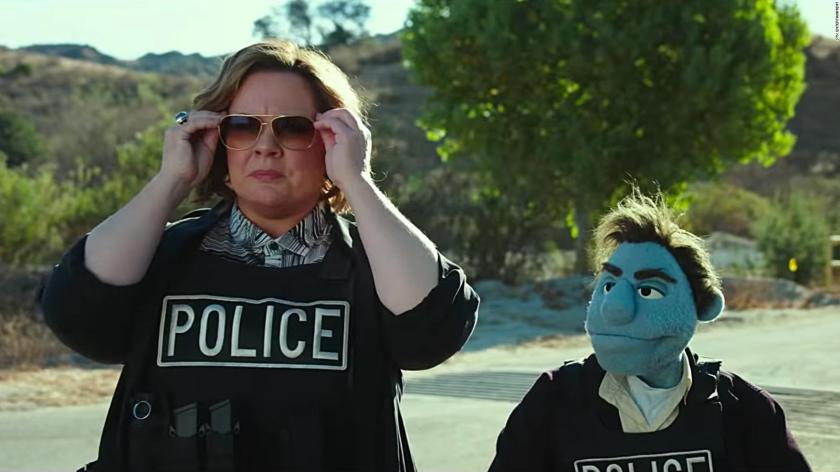 I thought I saw the worst film of the summer with “Mile 22,” but then “The Happytime Murders” came out. The picture had one joke: puppets doing raunchy and violent things.

There was a concept here that could have worked, but the execution was a disaster. While there were other movies that were bad this summer, this was one I contemplated walking out on.

Check out my past Movie Award columns: