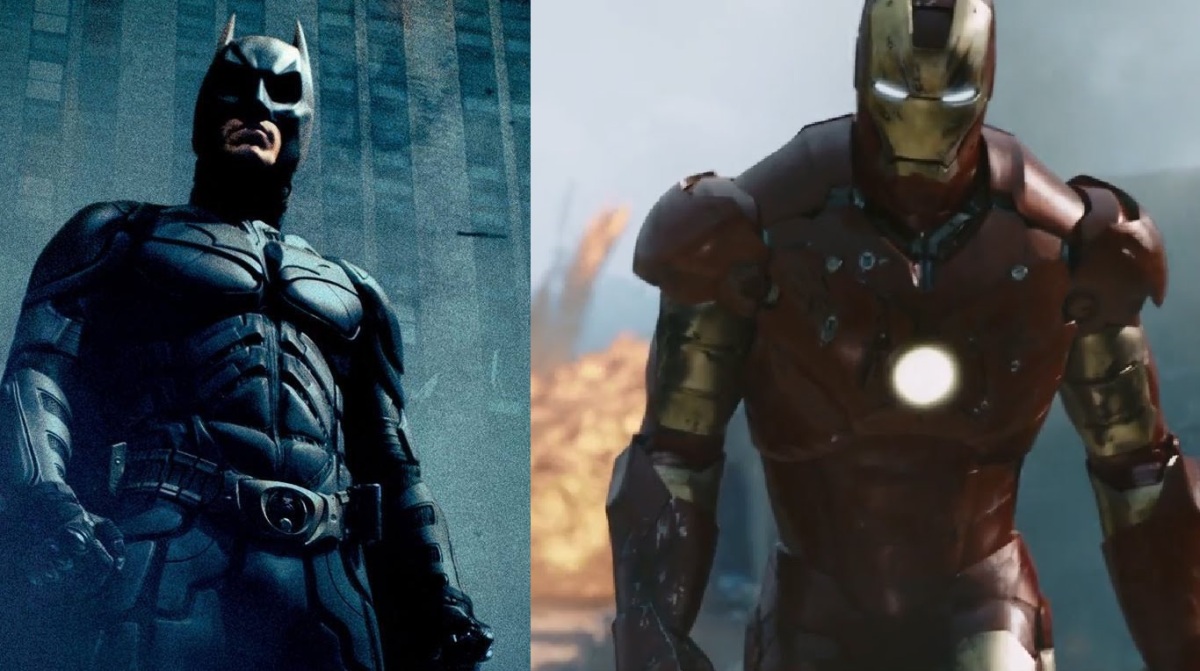 Ten years ago yesterday, “The Dark Knight” was released to theaters across the country.

It was the second of two films released in the 2008 summer season that changed the world of cinema. That other movie was “Iron Man,” released May 2, 2008.

While both films have had a major impact on the world of film, though, their legacies are quite different.

Before going in separate directions, though, let’s take a look at how these films were similar in changing perceptions on the genre. Overall, both films do set masked vigilantes against evildoers, but unlike many of the superhero movies to come before it, “Iron Man” and “The Dark Knight” didn’t feel so straight forward.

“Iron Man,” for example, was a partly a prisoner escape picture and then evolves into a corporate espionage story with elements of black market matters. It was a take on the genre that was very grounded and relatable.

Meanwhile, despite already having the groundwork done by “Batman Begins,” “The Dark Knight” pushed the boundaries more. Again, while the film overall is the story of a caped crusader against a villain, it doesn’t feel that straightforward. In the end, this is a movie about corruption and takes the approach of a crime drama.

Because of the approach taken with both of these films, and the phenomenal execution with the two, Hollywood became more open to other types of superhero flicks. Before these two, audiences were mostly to expect films that followed the superhero formula, think of the “Fantastic Four” films trying to follow in the footsteps of the “Spider-Man” pictures.

In the years after these two movies, darker, more mature takes on the genre like “Kick-Ass,” “Watchmen,” and “Deadpool” were able to get released on a more mainstream level. Marvel Studios especially used this idea, as seen by their “Captain America” films. Instead of going in a straightforward direction, the first “Captain America” was actually a war film and its sequel was a spy movie.

Now, of course there were stumbles in the years that followed, (I’m looking at you “Green Lantern”) it’s still apparent that the success of “Iron Man” and “The Dark Knight” showed that the superhero genre could be taken in multiple directions and didn’t have to use a single formula.

Moving past what doors these films opened, let’s look at their individual contributions to the industry.

When one thinks of this “Batman” tale, often times, the first thing that comes to mind is Heath Ledger’s legendary portrayal as the Joker. It is a performance that lives on today as one of the greatest in history and elevates the picture to a whole other level.

Even the Academy Awards took notice of this great performance, honoring the late actor with an Oscar at its 81st ceremony.

However, despite Ledger’s performance being recognized, along with multiple accolades in technical categories, “The Dark Knight was actually shutout of the big one. It was not nominated for Best Picture at the Oscars or the Golden Globes.

This is despite the movie winning the following awards:

“The Dark Knight” also went on to earn the following nominations:

Keep in mind, this had a cast that includes individuals who had, or have in the years since, earned Academy Awards, such as Christian Bale, Michael Caine, Gary Oldman and Morgan Freeman. It also featured Oscar nominee Maggie Gyllenhaal and Golden Globe nominee Aaron Eckhart. It also showcased world-class level direction and cinematography.

However, in the end, it still didn’t earn a Best Picture nod from the Oscars, which at the time limited the category to five nominees.

Because of how “The Dark Knight” was shutout in that category, many in the film media responded by advocating that it should have been include. Then, just a few months later, the Academy decided to increase the maximum amount of nominees for Best Picture from five to 10.

Not only did the number of slots open up for more movies, though, films from genres other than the expected drama pieces were also given a boost in the Best Picture category.

The next year, sci-fi films such as “Avatar” and “District 9” were nominated for Best Picture. Then, in 2010, Director Christopher Nolan’s own action thriller “Inception” earned that same honor.

A few years later, the post-apocalyptic action flick “Mad Max Fury Road” earned a Best Picture nomination and just this past year, the horror movie “Get Out” was nominated and the sci-fi fantasy “The Shape of Water” won the award.

Despite not even getting nominated for Best Picture, it’s apparent that fans and film commentators advocating for the film had a lasting effect on the way Hollywood’s elite looks at movies that come from different genres.

In the battle at the box office, it was “The Dark Knight” winning over “Iron Man.” For its opening weekend, “Iron Man” grossed $98 million while the Batman movie earned $158 million. In the long run, “Iron Man” took in $585 million for its worldwide total. “The Dark Knight, meanwhile, made well over $1 billion.

However, when looking back on the two today, it’s “Iron Man” that has had the bigger impact on the industry from a box office angle.

It has that legacy mainly for this little scene after the credits:

“A bigger universe.” A world with more superheroes. The word “Avenger.”

At the time, the concept of a shared universe wasn’t just bold and gutsy, it was met with a lot of skepticism. Even after the post-credit scenes in “Iron Man” and “The Incredible Hulk,” released a few months later, that showed these films fit into one universe, many people, both online and offline, weren’t sure if this would work.

Fortunately, Marvel picked the right film and the right character to start off the shared universe concept.

Tony Stark, a smooth, fasting talking character with wit and a heart of gold when it counts, was a great figure to focus on in the first movie. He’s likable, he’s cool, and audiences want to root for him. Plus, the casting of Robert Downey Jr. was so fitting.

Additionally, as previously stated, the movie had a very grounded, realistic setting, allowing viewers to connect even more with what was happening on screen. As a result, despite having characters with numerous powers and some from other worlds, the universe the MCU takes place in has kept a feeling of realism.

“Iron Man” also set the tone for other Marvel movies to come too. Not only did it create a formula to balance heavy and intense subjects with timely, well thought out humor, it also set a precedent for making sure the main characters are well explored. For example, in the first “Iron Man,” the film is really about Stark coming to grips with what he’s spent his life work on and deciding that he can do better.

A decade later, the foundation largely built by “Iron Man” has led to the MCU ruling the box office. Earlier this year, “Avengers: Infinity War” scored the highest opening weekend in history. Over the last several years, not only has the MCU earned an unbelievable amount of money, but the films have largely been met with positive reviews, too.

The success of the MCU has altered how film studios want to release films, with other companies trying to replicate that win streak. Unfortunately, it hasn’t worked out as well. Warner Bros. tried to do it with the DC cinematic universe, but outside of “Man of Steel” and “Wonder Woman,” the films have been largely sub-par. On top of that, the cinematic universe has been rushed and as a result feels forced.

Despite the troubles with the DC universe, though, one of its star character Batman remains largely popular, and it continues to be partly thanks to the great “Dark Knight” film.

While both “Iron Man” and “The Dark Knight” led to different changes in film, they’re both incredibly important and their legacies live on today.

One thought on “Summer 2008: Looking back at the two films that changed cinema”