The fifth film in the “Jurassic” series has now come out and while the franchise doesn’t include as many entries as some of the others out there, with some having released more than 10, it’s still made some major impacts in the industry.

For example, “Jurassic Park” is still regarded as one of the best blockbusters of all time and “Jurassic World” smashed the box office.

With that in mind, I figured I could take a look back at the “Jurassic” films and rank them, even if the list will be fairly predictable.

Just a note, the list will be from worst to best.

I didn’t think any “Jurassic” movie was going to be worse than part 3. Then I saw “Fallen Kingdom.” I loved the 2015 picture, but this was a poor follow-up. The motivation to risk a bunch of lives to save incredibly dangerous animals was absurd, and the story only becomes more ridiculous when the villain’s plot is unraveled.

The third act is especially a disaster, with some scens that insult the intelligence of the audience. Moments include a dinosaur basically winking at the camera and breaking the fourth wall and a young character making a monumentally bad decision that endangers others.

Most importantly, the movie just doesn’t have the magic. The main characters are just rehashing things from the first film and many of the supporting characters, especially the comic relief, are insufferable.

I suppose I could just let this scene here do all the talking:

But, there’s more to this movie than just a dream sequence with a talking dino (seriously, though, what were they thinking?).

My biggest gripe with “Jurassic Park III” is that it doesn’t move the franchise forward at all. Love them or hate them, one has to admit that both the immediate sequel and 2015’s “Jurassic World” took the concept and pushed it in a new direction or moved the overarching story forward. Part three, on the other hand, is nothing but filler.

After getting immediately disappointed by seeing that Dr. Alan Grant and Dr. Ellie Sattler didn’t end up together following the events of the first movie, “Jurassic Park III” descends into an average at best survival/rescue mission. It doesn’t advance the discussion of the cloning debate or even check into what InGen is up to.

It also doesn’t help that the supporting characters are incredibly annoying, with Dr. Grant being really the only likable one in the flick. The movie is also not helped by the series’ iconic T-Rex getting killed in the first act by some long-mouthed asshole dinosaur.

Then, finally, it all concludes with a rather laughable finale. Until 2015, this mess of a movie was considered the grand finish of the series.

Having the “Jurassic Park” sequel take place on a different island that’s in ruins was a solid idea to give the sequel a separate identity. Unlike its predecessor, “The Lost World” doesn’t take place in a mostly completed park, but on an island with abandoned facilities.

It was a solid concept that shook things up and took away the idea of having a safe place for the characters to go.

Of course, the picture loses points for some of the characters making dumb decisions. For example, Julianne Moore’s character doesn’t seem to learn that she’s constantly bringing the T-Rex’s close to the group. Also, there’s a laughable scene where Ian Malcolm’s daughter kicks a raptor.

Speaking of Malcolm, while he was solid in the first film as a side character, he didn’t translate very well to being the lead protagonist in this one.

Additionally, that classic Steven Spielberg spark isn’t there anymore. However, the movie does deserve plenty of credit for its visuals, especially during the time where the T-Rex goes to San Diego. 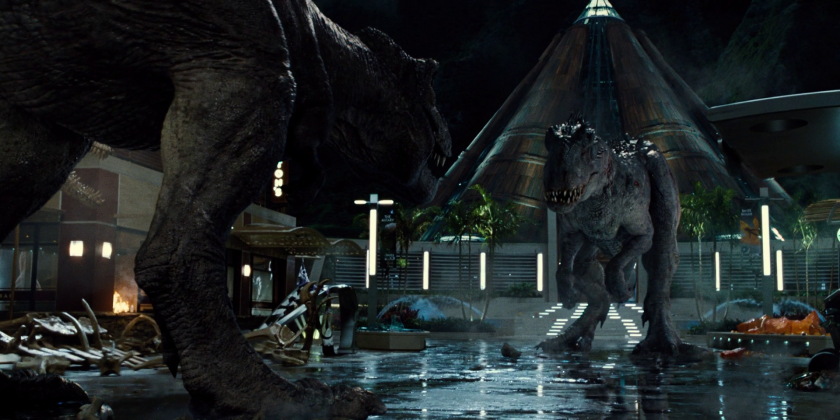 This was such a welcome return. Other franchises have had comebacks before after many years of waiting, but none may have been sweeter than “Jurassic World.” Not only does the film make some wonderful homages to the original picture, especially during a sequence in the old visitor center, but also showcases some new great moments of its own.

Plus, after two full movies of wandering jungles and abandoned facilities, it was great to see the idea of a dinosaur park now fully realized. The Jurassic World park was a fun, high tech setting for the film to take place in and made the viewing experience more enjoyable.

The film also benefits from some solid leads, with Chris Pratt playing an expert raptor trainer named Owen and Bryce Dallas Howard portraying the park’s manager Claire. Both characters in the end are likable and have charms to them. They’re easy to root for.

Another good part of this sequel is that it opts to once again showcase a discussion on the ethics of what the InGen company is doing. While it might not explore this subject to the depths of the first film, this aspect (which was sorely lacking in parts two and three) is still featured.

This scene is a great example:

Most importantly, the action in this picture is fantastic. The final battle scene was so much damn fun to watch, with a tag-team dinosaur fight taking place. The film has its flaws, but it’s fun, entertaining and is the best in the series since the original. 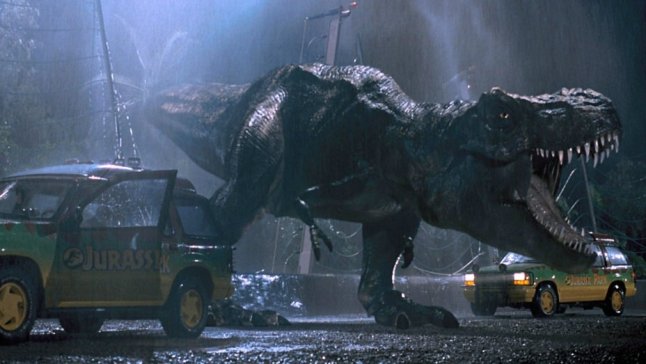 “Jurassic Park” is a true classic. It came out more than two decades ago and has withstood the test of time. From its groundbreaking special effects to its memorable characters, the picture holds up. Under Spielberg’s great leadership, the “Jurassic Park” crew did fantastic work in adapting the novel of the same name to the screen.

One of the best aspects is how the movie builds. The movie’s opening is a frightening encounter with the dinosaurs, but we only see the response of the workers, not the dinos themselves. The first look we actually get of dinosaurs is with rather peaceful ones. As a result, the audience is able to get a sense of wonder with the dinosaurs, while still having something to wait for, as the action hasn’t kicked in yet.

Action and adventure movies are also often the perfect vehicle for character actors, which really worked here as the movie featured performers such as Sam Neill, Jeff Goldblum and Samuel L. Jackson. The cast is well rounded out by the supporting performers, too, including Laura Dern, Richard Attenborough, Bob Peck and B.D. Wong. Even the younger cast members, Joseph Mazzello and Ariana Richards pull off convincing performances here.

The flick showcases some amazing action sequences, too, which are full of thrills. Ones that of course come to mind include the T-Rex’s first appearance, the T-Rex chasing the jeep, the moment with the raptors in the kitchen and of course the T-Rex taking on the raptors at the end. The moment the banner falls is still one of my favorite shots of all time.

Along with the edge-of-your-seat adventure, “Jurassic Park” also takes time for some good character moments as well as scenes that explore the concept of cloning and recreating these creatures. The best example is the scene during lunch.

So, that’s my ranking of the “Jurassic” series. How would you rank them? Leave a comment below.