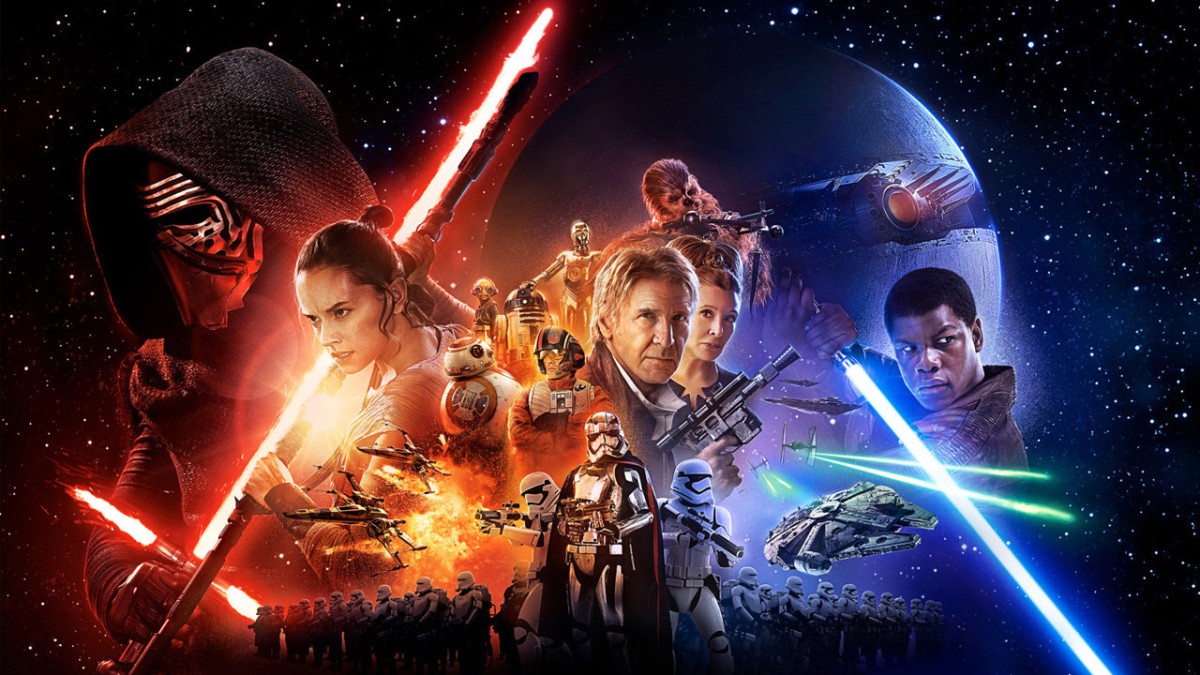 “The Force Awakens” returns audiences to the tales of a galaxy far far away. The movie picks up about 30 years after “Return of the Jedi,” with the remnants of the Empire now grouped into a faction called the New Order and the Rebels which have become the Resistance.

The film’s story is set in motion by a chance encounter between a resistance pilot named Poe (Isaac), who is trying to preserve a map that leads to Luke Skywalker, and a stormtrooper leaving the First Order named Finn (Boyega). Through a series of events (no spoilers), Finn winds up meeting a ship-parts scavenger and the two are forced to team up and bring the map to the resistance.

More than a decade has passed since “Revenge of the Sith” came and went through theaters. After the prequels, there was no doubt that the whole “Star Wars” franchise needed a big shot in the arm. On Dec. 17, 2015, J.J. Abrams provided that shot. “The Force Awakens” has brought the series back.

A lot of credit has to be given to the film’s plot structure, pacing and story-telling. With more than 30 years of time after Episode 6 and background for characters new and old, this flick could have been pretty bloated.

Fortunately, everything flows nicely. The opening text crawl gives just enough information, the new protagonists have great introductions that perfectly display their characteristics and they have strong emotional arcs which come together for a solid third act. There’s no doubt that this film created plenty of questions, too, with some of them answered in satisfying ways and others set up nicely for Episode 8.

While there were plenty of great performances from both “Star Wars” veterans and newcomers, in my view, John Boyega stole much of the show and his character Finn is my favorite of the new protagonists. Finn had a fantastic arc, being one of the first stormtroopers who shows disgust with the baddies, while still being a person with a lot to learn. Boyega captured the character’s transformation perfectly, portraying his distaste for the First Order, his fear and even his comedic timing.

The rest of the cast was solid, though. Daisy Ridley was very convincing as Rey, a great new character who has an internal struggle between wanting to help the Galaxy and wanting to return home. Ridley pulls this aspect off really well and the character subsequently becomes really inspiring. The third new protagonist, Poe, had a bit less screentime than I had expected, but the scenes where he appeared were great. Isaac gave the character a lot of charisma without it coming off as cocky. I’m looking forward to where his character goes in the sequel.

Also impressive were the new antagonists. Kylo Ren, the latest to carry a red lightsaber, has a lot of depth to his character and isn’t just there to do battle with a Jedi at the end. The same can be said for General Hux, played by Domhnall Gleeson, who seems to have a bit of a rivalry with Kylo Ren and the two don’t seem to trust each other.

There were only a few characters I was a bit disappointed with, and they were both on the evil side. Gwendoline Christie was completely wasted as a stormtrooper captain, with barely any screentime and I wasn’t a big fan of the design for the new bad guy boss, Supreme Leader Snoke.

It was a welcome experience, though, to see the old guard return, especially Harrison Ford who totally steps back into the role of Han Solo. Ford brings the same swagger and charm that he did in the original trilogy while at the same time showing that his character has been aged by stress and experience.

From a technical standpoint, the best thing Abrams and his crew did was bring a mixture of practical effects and well placed CGI. The settings in the movie, from the star ships, to the desert planet, to a frozen tundra, all feel natural and real. It mixes very well with the updated effects of the sci-fi machinery such as the blasters, star ships and yes, the light sabers.

Another nice part of this new “Star Wars” film is the humor. The funny moments were what made the original trilogy unique and relatable, and that humor is back in “The Force Awakens” with a lot of the humor being on point.

Episode 7 isn’t the best “Star Wars” movie and it isn’t without its flaws, for example, I wasn’t on board with the handling of all the new villains and the climactic final space ship battle felt a little recycled from past films. With that said, though, this movie does bring back the magic of the franchise and it is just what the series needed. Go out and enjoy it. High 4 out of 5.