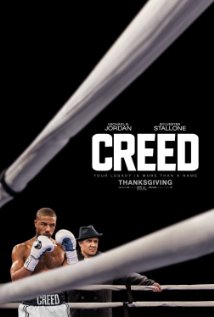 “Creed” takes place a few years after the events of 2006’s “Rocky Balboa” and this time around, the Italian Stallion doesn’t step into the ring. Instead, the film focuses on Adonis Johnson (Jordan), the illegitimate son of Rocky’s (Stallone) friend and boxing rival Apollo Creed.

Adonis grew up mostly in group homes and juvenile detention centers for his tendencies to fight until he was adopted by Apollo’s widowed wife Mary Ann (Rashad). As he reaches adulthood, though, he still has a drive to fight, this time in the ring, and decides to find the former Champion Rocky Balboa to be his trainer.

Directed by Ryan Coogler, who previously helmed “Fruitvale Station,” “Creed” hits all the notes that one would expect from a film in the “Rocky” universe, sometimes for better and others for worse. For the most part, the movie plays out well, the relationship that is built up between Rocky and Adonis feels relatable and it is the driving force in the picture.

The same can be said about Adonis and the character Bianca (Thompson), who becomes the love interest for the young fighter. Their relationship also plays out nicely on screen and the two performers have a good chemistry which make for some good, believable romance.

While the plot is driven by these two fine relationships, though, there’s no doubt that the film repeats many of the same tropes that the original “Rocky” had. Not only was there a feeling of predictability, the film’s stakes also didn’t feel like they were that high.

The reason is that Adonis’ character didn’t have enough depth besides having a chip on his shoulder because people compare him to his father. For much of the movie its shown that Adonis was raised in luxury, had a good adoptive mother and even had a good financial career he could stay in rather than boxing. It leaves a question mark that isn’t answered as well as it was in, say, the original “Rocky,” where the titular character talked about “going the distance.”

That complaint doesn’t diminish Jordan’s performance, though. The actor is well known for also appearing in “Fruitvale Station” as well as one of my favorite films from 2012 “Chronicle.” Jordan does sell his character’s grit, toughness and overall emotional state and as previously stated, he shares a solid on-screen chemistry with the supporting actors.

Speaking of which, Stallone is 100 percent perfect in “Creed.” Obviously he knows the character best and as usual, brings some of the simple charm that has made his character so timeless. What adds to the performance this time around is that Rocky has to deal with frustrations at his aging body and even fear over new sicknesses that arise. Stallone nails these types of scenes which create very heartfelt moments.

From a technical standpoint, the movie shines. The city of Philadelphia is on full display and Coogler and the crew perfectly captured the urban atmosphere that exists.

Additionally, the boxing scenes are very well shot and are filmed differently each time to keep things fresh. The final fight especially showcases the brutality and the willpower needed to win when fighters step into the ring.

“Creed” for the most part is a really well made film with good fights and even better relationships between the characters. It’s a movie, though, that I liked but didn’t love. I do feel there could have been more to Adonis’ character and the story still does at times feel like a rehashed “Rocky.” High 3 out of 5.