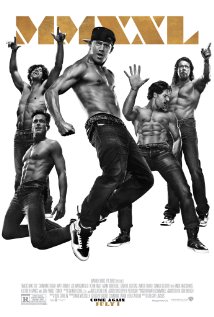 The first “Magic Mike” released in 2012 was a complete surprise. Instead of simply being a movie focused on the male stripping, Director Steven Soderbergh actually made an interesting character study of what it’s like for a person in that life style who wants to take a different path in the future.

It’s sequel… Not so much. This time around, the male stripper Mike (Tatum) finds out that his friends still in the industry are going on a road trip to a stripping convention and he decides to tag along. The movie follows their trip as they get into various shenanigans.

In “Magic Mike XXL,” gone are Mike’s girlfriend character, the aspect of how difficult it is to break away from that life style and Soderbergh’s direction.

Instead, the movie delivers what many audiences were expecting with the first, a lot of male stripping and not much plot. In fact, there’s barely a plot at all.

The film is practically just the characters trying to get from point A to point B and finding excuses to take off their clothes. From time to time, there are moments with some good dialogue as well as some funny comedic scenes. The fact is, though, is that these scenes are few and far in between. The movie’s lack of depth really show that this sequel is nothing more than a cash grab.

The acting at the very least is alright. Tatum, for example, has become a legitimately solid actor and delivers an alright performance with what he has to work with. The rest of the cast works OK, too. The core group of actors have a good chemistry and their banter between each other comes off as natural creating for a realistic circle of friends.

The movie as a whole, though, is simply too shallow in its story. Even with some solid humorous scenes and fine dialogue, it just isn’t enough to carry the film for its nearly two hour run time.

“Magic Mike XXL” is a pretty simple movie. It definitely has an audience and those wanting fan service will no doubt get what they came for. However, those wanting a movie with more depth, like the first installment, can skip this sequel. 2 out of 5.