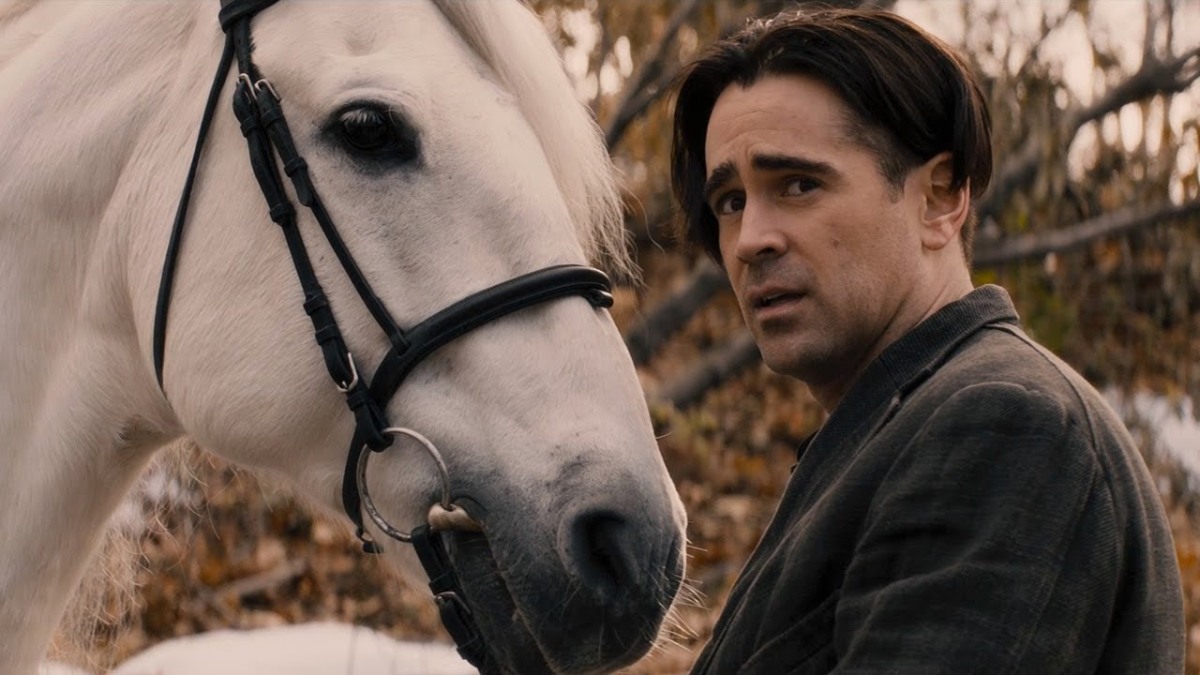 10. Hercules
Before anyone asks, no, I did not have the, um… pleasure of seeing “The Legend of Hercules,” but this Dwayne Johnson version didn’t have much to offer either. Nothing was memorable and while being over the top, the movie wasn’t very fun.

On top of the film’s story being predictable, the battle scenes came off as boring and uninteresting. The worst part is that the movie throws away an interesting premise. The film tries to explore what it would be like if Hercules wasn’t really a demigod, but does it the wrong way.

This premise could have been clever if it had followed how Hercules and his crew built up this fake legend. Unfortunately, all we have is a lame villain, a poor plot twist and a movie that isn’t worth seeing ever again.

9. Gimme Shelter
Gimme Shelter had to main flaws that sinks it from the get go. The first is that it is one of those flicks that is more concerned about delivering a message than having any sort of artistic value.

The second is that it feels completely disjointed due to its pacing and story execution. At one point the movie seems like its going to be a touching father-daughter reconnection story and the next thing I know its turned into a movie about a sisterhood of girls trying to survive in a harsh world.

The mess of a story crushed any hope of the film being somewhat good, especially when the better performances were average at best.

8. Draft Day
When I’m not watching movies in the fall and winter, chances are I’m watching football. I love the sport, it doesn’t matter if its the Super Bowl or the Famous Idaho Potato Bowl, I’ll watch it.

So imagine my surprise when I watched the movie “Draft Day” and was bored out of my skull by the completely needless plotlines that had nothing to do with football.

Look, I have no issue with a movie containing sports focusing on drama issues. Jerry Maguire was very memorable to me. But this movie was about the NFL Draft and it could have been a fascinating look into the politics going into picking a player. Instead it seemed like this story thread only got about 30% of the screen time.

Oh, but the football stuff isn’t off the hook yet, since the characters that were up to get selected in the draft were also terrible, generic archetypes which made it blatantly obvious what was going to happen later in the movie.

7. Sex Tape
Jason Segel and Cameron Diaz in a comedy and yet I didn’t laugh once.

The premise of Sex Tape already seemed to be working against it, since it just didn’t seem too funny, but the execution was atrocious and the writing wasn’t clever or witty. Even the raunchy comedy was lacking.

The story was lame, too, including a random “villain” in the third act. Normally, it’s possible to let something like this slide in a comedy. But not here. It was too stupid.

The biggest issue with “Sex Tape,” though, was that the two leading stars of the movie didn’t have much chemistry between each other.

6. Endless Love
Picture a romance drama film that is completely predictable, over the top and stereotypical. Now add on top of that characters and a story who are not just bland, but also unlikable when they didn’t really need to be.

The movie of course wants the audience to identify with Alex Pettyfer and Gabriella Wilde’s characters who fall in love and despise the father character played by Bruce Greenwood.

The issue is that all of the points Greenwood’s character brings up during the movie are somewhat reasonable and the characters who fell in love simply come off as bratty at points.

It’s not as if I’m against having some conflict in a movie, but that conflict has to be justified. It has to be meaningful. In this movie, the conflicts not only came off as cliche, but also mean spirited and unnecessary.

5. The Other Woman
Hey, welcome back to the top 10 list Cameron Diaz.

Yes, Diaz was in two terrible comedies this year, and in this flick, she teamed up with Leslie Mann and Kate Upton.

The major malfunction with this movie was the overuse of needless grossout humor and other comedy that appealed to the lowest common denominator
This premise has been used before in a much better movie called “The First Wives Club.” What made that movie good is that it focused more on using smart humor that was on point.

That 90s movie also had a believable friendship between three good women characters. This movie didn’t.

4. Tammy
“Tammy” starts off with Melissa McCarthy’s character trying to give mouth to mouth resuscitation to a dead deer on the highway. That pretty much shows what one is in for in this movie.

Well, at least half the movie, since, for some reason, the film and the character Tammy herself does a complete 180 in the second to third act and become an odd dramedy.

The sad thing is that “Tammy” didn’t really have to be the bad movie it turned out to be. There was talent in the cast and some nice ideas, but the product just didn’t work on any level, whether it was emotional or comedic.

3. Need for Speed
Car chases, action, excitement and a whole lot of stupidity. This is a good way to describe “Need For Speed.”

It’s no doubt difficult to adapt a video game, but wow, was this a piss poor effort.

The film wasted the talents of Aaron Paul and Dominic Cooper and had a nonsensical road trip story that took too long to get to an underwhelming climax.
On top of that, the characters were very generic and were not memorable in comparison to movies like “Fast and the Furious.

To be somewhat fair, the action and chases at least looked cool, but that didn’t help. Watching this movie still felt like a chore.

2. Devil’s Due
There seems to be at least one horror movie that makes my top 10 worst list every year, and lately, they have been of the found footage variety.

What’s bad about “Devil’s Due” is that it is an example of very lazy filmmaking.

It tries to have a complicated lore and yet the filmmakers don’t bother to fully explain it in a clear or even interesting way. Most of the time one couldn’t even figure out what was going on or why.

To make matters worse, though, was the fact that “Devil’s Due” wasn’t even scary. Instead of creating a good, frightening atmosphere, the movie simply relies on cheap jump scares. There weren’t even any creepy moments.

That’s not even mentioning the awful acting. This would of course be number 1, if not for the next movie.

1. Winter’s Tale
The premise of “Winter’s Tale” could have made for an interesting movie, since it is one that deals with the concept of reincarnation. The problem was that the movie took a lot of bad directions.

What we get in this movie is a really stupid lore, overacting from Colin Farrell and Russell Crowe, an unmemorable appearance by Jessica Brown Findlay as the love interest and a phoned in performance by Will Smith that is laughable.

All of that combined made for an unpleasant experience already, but then there is the story, too. Not only does it seem to drag on and on with very little in terms of exciting things happening, it also has the issue of having the third act feel like a completely different movie than the first two.

In the last third, new characters are introduced and the film expected the audience to care about them despite not having any connections to them.
The movie also took itself way too seriously without injecting any charm or humor.