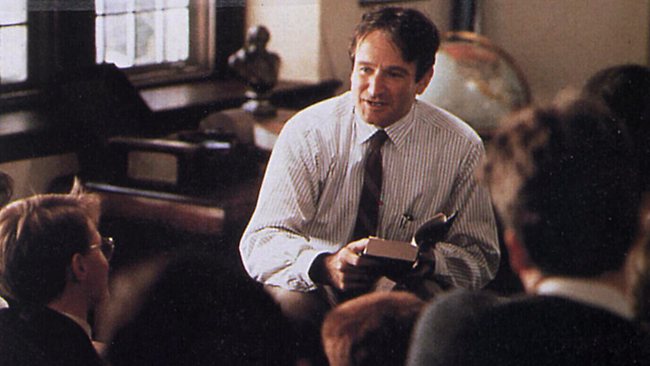 One of my first experiences at a movie theater was watching “Aladdin” on the big screen in 1992.

It was great not only because it was a fantastic movie to watch, but also because it opened the door for me to Robin Williams, an actor who would make some of the best movies that I would see in my childhood.

This was how my generation was introduced to Williams, through his great comedic stylings. Little did my age group know at the time about his more dramatic side, though.

That’s how my parents and the parents of my age group were able to see him. When he gave award caliber performances that balanced drama and humor in films like “Good Morning Vietnam,” (1987) “Dead Poets Society” (1989) and “Awakenings” (1990).

This is why Williams’ death on Monday, Aug. 11 hit everyone so hard. Because the talent that Williams had was the rare type that can span generations and genres.

As I grew up, I was able to see Williams in those earlier roles of “Dead Poets Society” and “Good Morning Vietnam” and saw a whole new level of his brilliance on screen.

I was able to see this even more so in the later ’90s, watching him show off his dramatic side in “Good Will Hunting” and his ability as a hilarious comedian in “The Birdcage.”

It speaks volumes about a performer when you can enjoy their work through every stage of your life, and it’s a rare occurrence.

We critics see so many movies each year, and with that see so many actors. When we do our jobs, we always look for the actors who bring something unique to the table, something fresh and vibrant.

It was something that Williams brought to the screen in spades, so much so that he was levels above other actors of his time.

What I will remember him most for is that talent, because it is an ability that can make me laugh or cry, like in “Birdcage” and “Hunting.” It can make me be fascinated and intrigued, for example his performance in “Insomnia” in 2002.

And it can make me be thoroughly entertained like in “Aladdin” and “Hook.”

I believe this is what others will remember him for as well, because it’s what allowed him to have such a connection to audiences of every age group. It was his rare abilities that will keep his legacy alive with previous, present and future generations.

I’ll finish this piece with Williams’ acceptance speech for the Cecil B. DeMille achievement award at the 2005 Golden Globes Ceremony. A speech that showcases his comedic, heartwarming and kind personality.