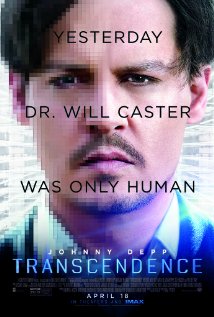 A good science fiction idea can only go so far without a good story.

Will Caster is the main character of “Transcendence,” played by Johnny Depp.

Disaster strikes when Caster learns the attack has left him terminally ill and he only has a few weeks to live. In response, Caster’s wife, Evelyn, played by Rebecca Hall, and friend and colleague, Max, portrayed by Paul Bettany, use the artificial intelligence technology to place Caster’s consciousness into a computer program.

From that point, Caster is able to become more powerful as his influence over technology advances. For Evelyn, having her husband back in some way is a dream come true, however, Caster’s other friends start to fear what Caster’s new abilities can do.

The biggest problem with “Transcendence” is its story and plot structure. The film starts off very poorly with a scene that reveals way too much about what’s going to happen and breaks a lot of the movie’s tension.

The movie does pick itself up a bit from the opening scene, as the story following Caster’s mind being transferred to a computer is done well enough, however, it falls apart soon after.

As things move along in the second and third acts of the movie, the film begins to stumble. There are plot holes that don’t make sense and the film asks the audience to suspend their disbelief a bit too much at points.

The worst part is the main conflict of the movie, which is where the government and Caster’s former colleagues begin to feel that a line has been crossed by artificial intelligence and look to stop it. The film never explores why what Caster is doing could be bad.

It never shows the negative impacts Caster is making on the world. It never goes into what sort of control he has over technology. It doesn’t show him as an actual threat, which leads to a lack of motivation for the conflict. This leads to a lame climax where it’s difficult to care about what’s going on.

The ideas the movie portrays aren’t bad and first time director and long time cinematographer Wally Pfister tries to introduce a few science fiction themes that are interesting. However, the movie just doesn’t execute those ideas and themes.

The movie’s cast doesn’t help the situation, either, as all performances come off as dull. Depp seemed like he was trying to be too much of a computer since he basically acts robotic through the picture.

The same thing can be said for most of the other characters too, with Hall and Bettany both coming off as dull. There is such a lack of emotion, especially where a sense of urgency was needed.

The ideas around “Transcendence” aren’t original, as films like 1992s “The Lawnmower Man” explored similar angles. That being said, this flick still had an opportunity to be good science fiction. The problem is how it’s all laid out.

The story doesn’t have enough tension. There are points that just doesn’t make sense. The acting is dull and doesn’t give a lot of emotion. The extent of the main character’s ability isn’t thoroughly explored enough. There are a few things that may prove entertaining enough to maybe check the movie out, but only through a rental. 2 out of 5.

This review was first published in the April 18, 2014 issue of the Wahpeton Daily News.