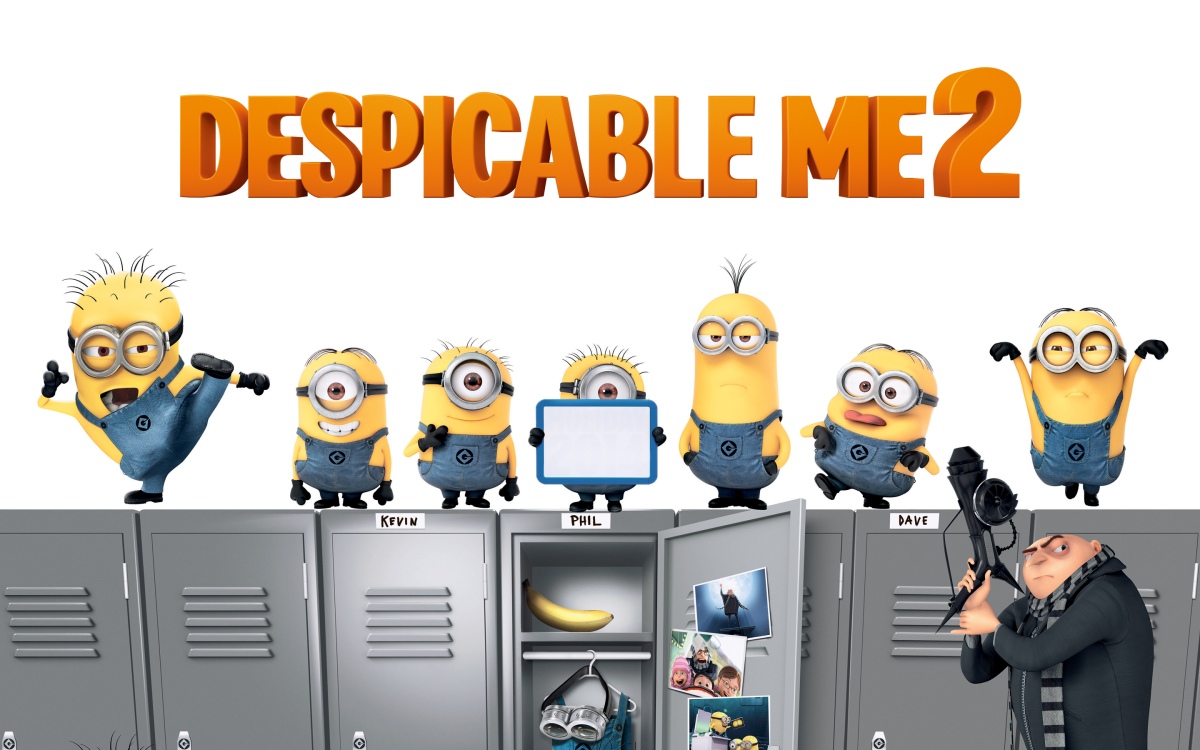 The two “Despicable Me” movies are similar, except that the sequel doesn’t have as much NBC product placement as the first did.

“Despicable Me 2” picks up not long after the end of the first film. The former super villain, Gru (Carell), is now trying to go into more legitimate business, mostly because of his adopted daughters, Margo, Agnes and Edith.

Gru is taken back into the world of villainy though by a secret agency that stands against evil doers. The Anti-Villain League recruits Gru to go undercover and take down a new dangerous threat. Gru eventually agrees and teams up with one of the league’s agents named Lucy (Wiig).

“Despicable Me 2” does in fact catch a bit of “sequelitis,” in that the story isn’t as original as the first and uses plot devices that have been seen before. Despite being dragged down by a level of unoriginality, though, the film is still held up nicely by good wholesome humor and fun.

The story sets things up well enough, we have a good guy turned good type of plot mixed with a single parent who is looking to possibly marry and the children trying to influence that to actually happen. As stated before, it’s very simple and predictable, but it works.

What holds everything together are the characters. Carell makes Gru into a very funny character and the three daughters are just as adorable and humorous as in the first. A very nice addition was Kristen Wiig as Lucy. Her character, who most of the time acted giddy and excited, was a good contrast to Gru, which provided some nice laughs.

Once again, the minions also return, and help to steal the show. A lot of the humor that the minions do in the movie are sight gags and slap stick, and for the universe that the movie takes place in, it really works to the film’s advantage. In fact, the minions were probably funnier here than in the first movie.

One disappointment though was the villain, who just really didn’t have a lot to offer. Benjamin Bratt, who played the villain here, seemed a bit dull. Maybe it was the material, it just seemed like the villain was rather run of the mill.

Compared to other animated flicks, for example “Monsters University” that was released in June, “Despicable Me 2” doesn’t necessarily hold up in the department of having a lot of depth. It’s not necessarily the most memorable movies out there and isn’t an instant classic like others.

That being said, “Despicable Me 2” is still a fun ride for the most part. There’s a enough humor to keep both parents and children entertained through the run time. The story isn’t all that engaging, but, like the first movie, it is lighthearted enough that the film overcomes that. “Despicable Me 2” comes in at a .3 out of 5.