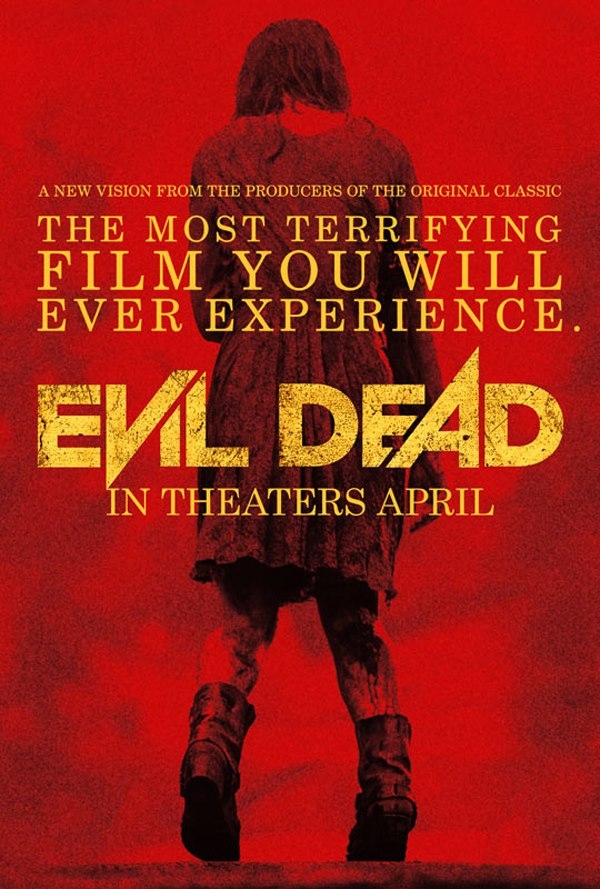 “Evil Dead,” is the remake of the 1981 film “The Evil Dead,” that was originally directed by Sam Raimi. The film follows the characters Mia, played by Jane Levy, and David, played by Shiloh Fernandez, as well as three of their friends. The five go to a cabin in the middle of the woods to help Mia break a drug addiction. There, they discover an old book, which is the Book of the Dead from the original series, yet, is never referred to by its actual name here.

To start off, the story is really paper thin. There isn’t much in terms of an actual plot structure and instead, the movie just sort of plods along until it gets to the demon possession scene. From there, the plot itself feels similar to an average horror flick with characters being taken out one by one. Fortunately, Director Fede Alvarez actually tried to capture some of the original film series, unlike the horrible 2013 “Texas Chainsaw Massacre” remake.

Whether Alvarez succeeds in capturing the original with his version is another question, and the answer is a bit of yes, and no. The film has substance, but lacks any real style. There are some good, intense moments and the gore is well done, too. The special effects showed that they put work in and a lot of the violence is scary and in your face.

However, at the same time, it doesn’t have any real vision or identity. There were a lot of scenes trying to recreate the original. However, they weren’t captured in the same way Raimi was able to do, with his ability to make things scary and a bit campy at the same time. What would have been better was if there had been some new, different and crazy scenes that would have really given the flick its own stamp.

The characters and acting are the weakest part of the film. I was unable to get attached to the characters because of how downright bland they are. The original series, of course, had the character Ash, played by Bruce Campbell, who breathed life into basically every scene in that three-movie franchise.

No one is able to do that here, as none of the cast really offer any charisma. One bright spot, though, is the characters weren’t made into overdone stereotypes either. They may have been bland but at least they weren’t annoying.

I can tell that there was time, effort and care put into trying to make this a good flick. For the most part, it is a well-made horror movie on its own. Comparing it to the original though, which is what one has to do, allows flaws to be seen.

The movie falls back too much on its gore and violence scenes, instead of getting together a better cast who could have more fun with it and directing with a bit more style. There were times it just felt too formulaic. That being said, the intense, scary moments of the film still hold it up and carry the film for the most part. It’s not nearly as good as the original but it’s still a well made horror movie. 3 out of 5.