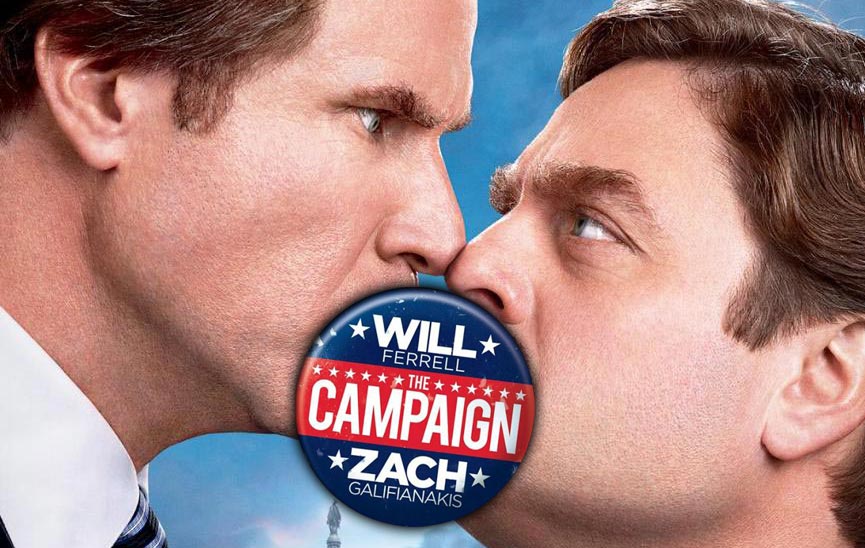 “The Campaign” is about a congressman named Cam Brady (Farrell), who has ran for his seat and won it four times in a row for simply being unopposed. Things seem to be going good for Brady, who has everything he wants in life, even if it means being a really poor congressman.

However, when a corporation run by two brothers, the Motch Brothers (Dan Aykroyd and John Lithgow) want to change things up in Brady’s district, they find that one of their business partners has a son they can put into the race. Little do they know that the person they have picked to go into politics, named Marty Huggins (Galifianakis), is a bit awkward.

“The Campaign” was for the most part a weak film, having a plot that is not only predictable, but very over the top as well. The race between the two candidates is just so wild and crazy right off the bat, this really seemed to contrast with the actual serious political message that the film was trying to get across. By the end the whole thing felt like it should have been a lot smarter.

The two leads here had their comedic skills underutilized. Will Farrell seemed to be pulling his George W. Bush impression and Galifianakis was playing another odd ball character like he has in “The Hangover” and “Due Date.” Because of this, the performances feel phoned in.

The only thing their characters really did in the movie was a lot of slapstick humor, for example the punching a baby bit or getting shot by a crossbow. It’s fine once in a while but it just gets old after a while.

There were some brighter spots in the campaign managers. Jason Sudeikis and Dylan McDermott playing Will Farrell’s and Galifianakis’ managers respectively, actually had some of the better lines and I seemed to be getting more comedy out of them than the two leads.

The whole scenario just got way over exaggerated however for this film to ever really come together. It was another one of those cases where this could maybe work for a couple sketches on SNL, yet it doesn’t work in a feature.

At most, “The Campaign” delivered just one or two laughs and a couple chuckles. There are tons of gags however it’s all so exaggerated and there is a major lack of clever and witty comedy to make the film funnier. 2 out of 5.