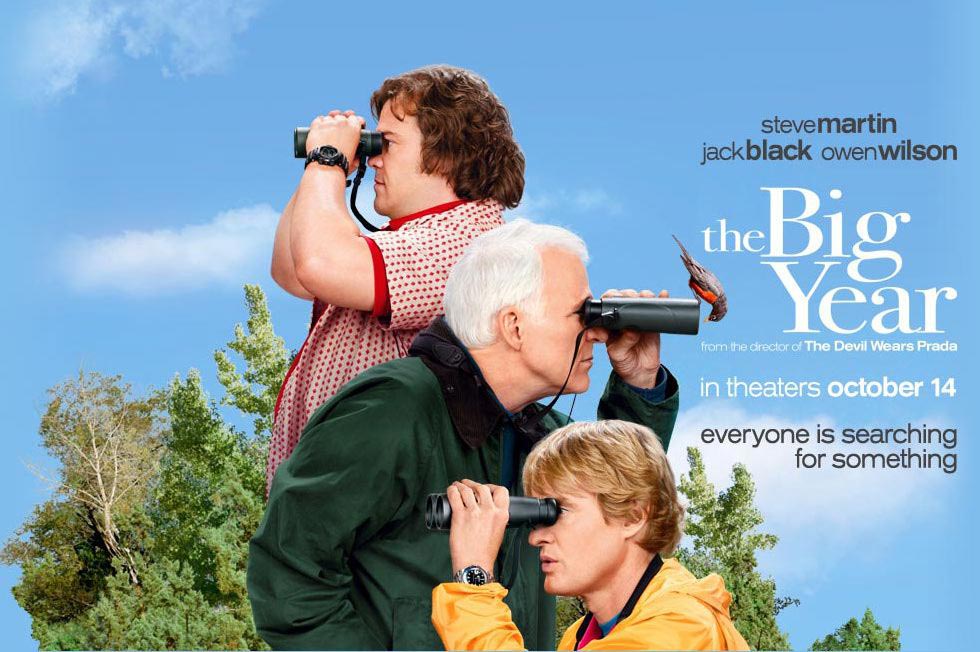 Birding as it’s called seems nice enough sometimes in this movie, if it didn’t involve spending thousands of dollars to travel all over the world.

The film is told from the character Brad’s (Black) perspective, but it follows the story of him as well as two other men, Stu (Martin) and Kevin (Wilson). The three characters are all going after what is known in Bird enthusiast terms as “A Big Year” where people seek out to see the most species of birds they can in one year.

The movie follows the characters through their year as they not only travel the world, but deal with new friendships, romance, births and other personal experiences. It also features problems that arise with having such a commitment to this hobby when other things are happening with their family.

I was so worried walking into this film since I thought it was going to be very similar to the film “Rat Race,” in that it was going to be a competitive comedy with a lot of slapstick comedy, lame jokes and double crossings. This film was thankfully nothing like that and was actually very refreshing.

The film’s story is more about real life experiences and doing something you love, which was really relatable. It wasn’t necessarily the most engaging or intense story, but it didn’t need to be. The story here was simple, calm and relaxing which made for a nice experience.

It may have not been the most exciting idea, but the whole bird watching thing was fairly original and well portrayed here. The travel in the film also helps the plot move along nicely, with great scenery and many different locations that really bring you into the area.

The characters are good in this. Let me start by saying that it is so great seeing Jack Black in a film where he isn’t just being the dumb, over-the-top character like in “Gulliver’s Travels.” He makes for a great lead here and has a nice chemistry with with Steve Martin’s character. It felt like a real friendship and was nice to see in the film.

Owen Wilson does well also, especially in some of the more dramatic moments. It was interesting to see how they interacted with each other all coming from different backgrounds but all having the same love for birding.

Now despite what is shown in the trailer, the film does not have that much comedy. There are a few jokes here and there, but this is mainly just a movie to sit back and enjoy the experiences that are going on in the film.

In the end, it was nice to see that the film wasn’t a straight up comedy, because I think that would have taken away from it. The film was nothing stellar or fantastic but it was a nice, enjoyable and relaxing experience to watch. I would say take the family and see it at an afternoon matinee. Low 4 out of 5.