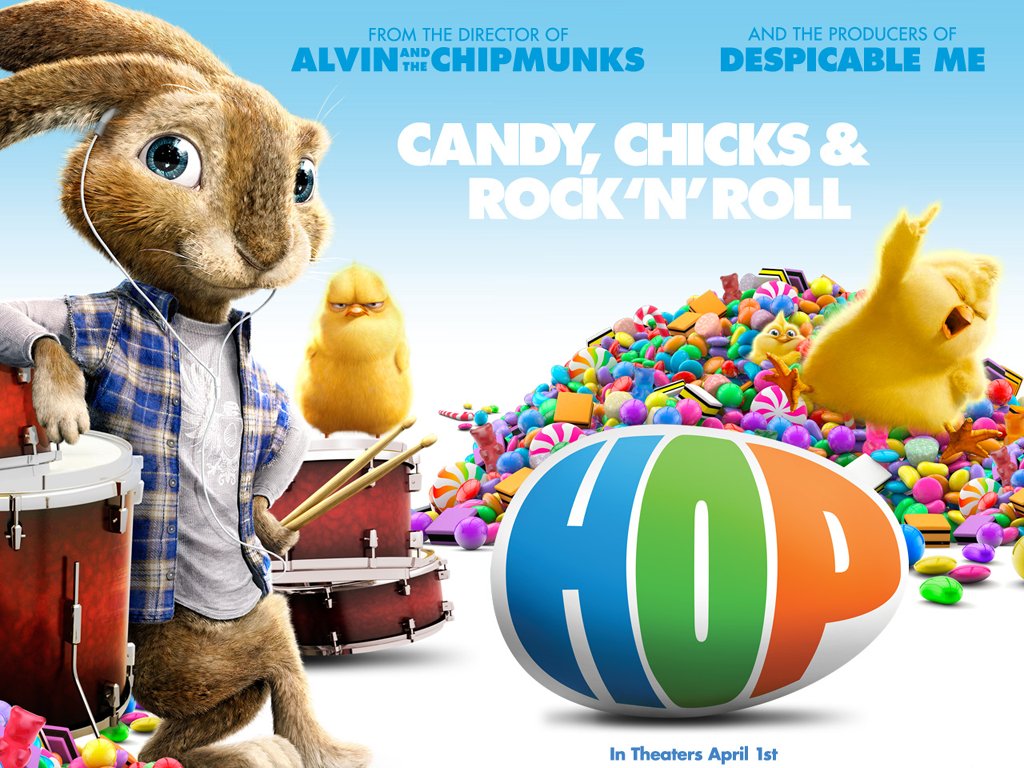 The film follows two characters, Fred O’Hare (Marsden) a man in his 20 somethings who has no real inspiration of what to do, and E.B. (Brand), the son of the Easter Bunny who is more interested in music then taking over the family business. One day, E.B. leaves the Easter Bunny base of operations and goes to Hollywood to try and make something of himself. While going there he is hit by Fred on the highway.

E.B. guilts Fred into taking him in while Fred is house sitting a mansion. The two have a rocky start however they eventually start to grow on each other as the movie goes on. Meanwhile, the Easter Bunny’s right hand man Carlos (Azaria), begins using E.B.’s disappearance to try and take control.

The story is nothing new at all, it’s basically every other save the holiday movie that we’ve seen before, “The Santa Claus” really comes to mind. There are other random cliches that are thrown in here as well, for example a talent show and a training montage. The story just feels like it’s been sitting on the shelf for a while and was just something that was made quick to get shoved out for some money.

The effort wasn’t really put in with the characters either, both leads are predictable and aren’t too memorable. E.B. and Fred never really have a moment where the two build a good level of camaraderie either. The performances weren’t necessarily bad though, it’s just one of those cases where they don’t have much to work with.

The animation in the film is great however. The Easter Bunny base looks amazing in the film and the creatures that work there are very well detailed. This is the biggest highlight of the film, especially when it’s interacting with live action.

Hop is just not that good of a movie in any real sense. It’s not one to rush out to the theater for, maybe check it out on DVD, the animation and few jokes that worked push it to a 2 out of 5.