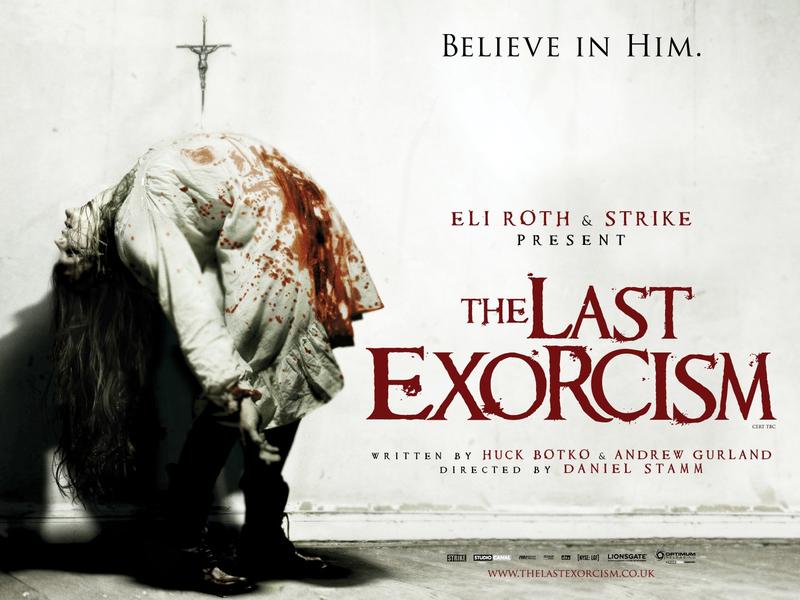 This movie had me so hooked… And then the ending happened.

In this film, we follow the character Cotton Marcus (Fabian), a man who grew up in the deep south and raised around religion with a family history of doing exorcisms. However, the one thing that sets him apart, is that Cotton doesn’t actually believe in the exorcisms he’s doing. He realizes they are fake and because of this he decides to have a documentary crew come with him on his next and last exorcism to expose it.

Him and his crew go out to the first exorcism request he picks up, which is at a family farm in a rural area. Upon arrival, he meets the father Louis (Herthum) and his strange son Caleb (Landry Jones). Yet the main person that needs help is the daughter Nell (Bell) who appears to be possessed. At first Cotton seems to think that it is nothing more than imaginary, but as time passes and the situation intensifies things start to look more real.

The film’s first two acts are superbly well done. The movie begins in a satirical manner and actually pokes fun at the exorcism concept. It’s a fresh take on the genre and one that can hook an audience very early. Then, the suspense started to build in the movie’s second act, when the lines between what was fake and what was real started to blur. It leads to a mystery of whether things are real or not.

However, the third act starts to unravel all of the film’s built up good will. Things just get far too over the top and crazy, especially in the movie’s final five minutes, that it almost negates everything that the first parts did so right.

It’s a shame because the two lead performers, Fabian and Bell are really good in their roles. Fabian plays the skeptic convincingly and Bell is frightening during the scary scenes. In fact, their acting was above the usual horror movie grade.

Speaking of scary scenes, the movie did establish a creepy atmosphere and much of the picture’s second act was suspenseful. Once again, though, the film’s ending drops the ball.

I wanted to like this movie so much more. Had its ending been better handled, I would have bumped this rating up a few notches. The finale, though, left so much to be desired. 2 out of 5.