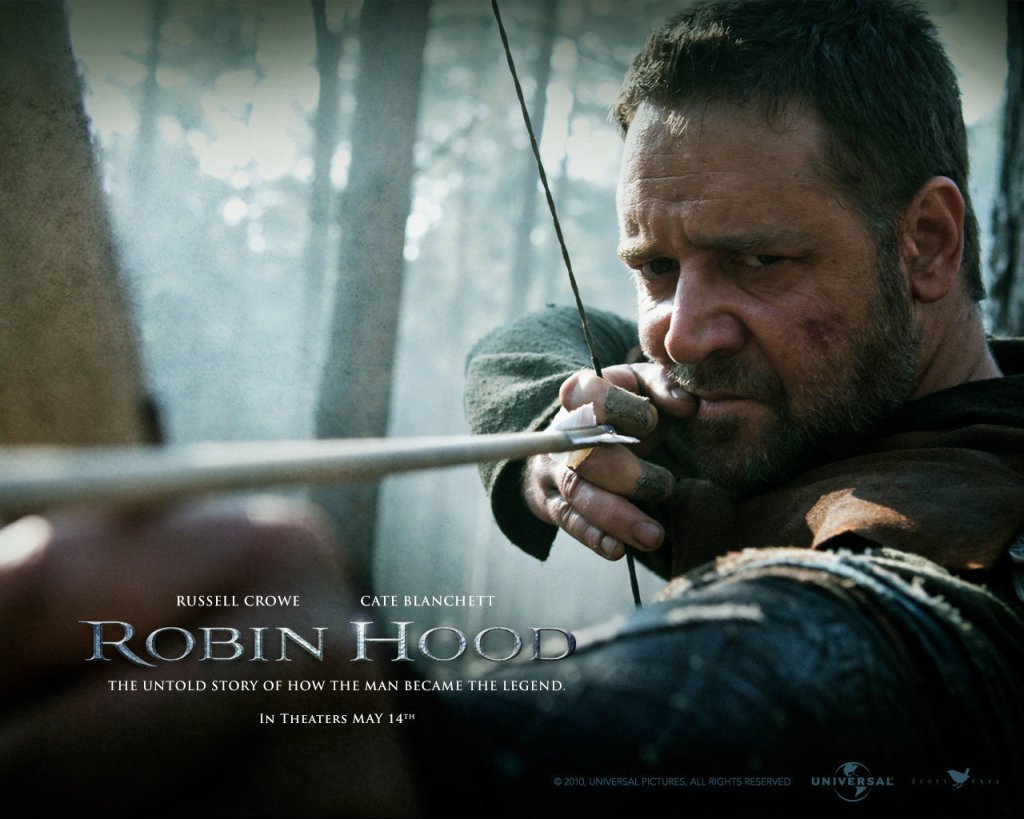 This film probably would have done better with the title “Robin Begins” because this is a prequel.

The movie picks up with a young Robin Longstride (Crowe) who’s following King Richard Lionheart (Danny Huston) into battle. During the war, King Richard dies, making Prince John (Oscar Isaac) the King of England. During that same time, a character Godfrey (Strong) works as a double agent, pretending to be British but fully backing a French invasion.

As this happens, Robin returns to England and goes to the area of Nottingham. Arriving there, Robin begins impersonating another person to help a family keep their land and in doing so, he marries a woman named Marion (Blanchett).

“Robin Hood” may be one of the most disappointing films in quite a while. There was a lot of potential here with the talent behind and in front of the camera, but much of it’s laid to waste. The story for example, was rather boring, with much of it just following Robin Hood sitting in Nottingham for much of the picture before helping the King’s army in a generic battle.

It also made a full feature out of a story that could have taken just an opening sequence or first act, that story is Robin Hood’s origin. The film hardly has the lead protagonist stealing from the rich, doing acts as a stealth archer or messing with King John. Instead, the film just focuses on a rather dull ‘origin’ story.

It’s understandable that this film wanted to be a different adaption, too, and make it something new. However, the film fails to capture the energy that makes the classic “Robin Hood” story fun. Instead, it seemed like they were just going for a ‘gritty reboot.’

Another unmemorable performance was Blanchett as Marion. Blanchett is a wonderfully talented actress but here character just meandered through the picture and her romance with Robin Hood felt rather forced.

The best performance in the movie likely came from Oscar Isaac as John. He was the one actor who brought some life to the screen and he played a more fair and balanced John than other adaptions. This was the type of change that worked for the “Robin Hood” story.

The main villain Godfrey, though, was just too generic to be enjoyable. He was a simple double agent and added nothing to the actual development of the protagonists.

The battles were sadly very boring. The action felt like it was copy and pasted from other ‘epic’ confrontations, such as the recent “Lord of the Rings” movies. Plus, the movie also ripped off “Saving Private Ryan” in its final battle.

The film does have some entertainment value here and there, but as the picture goes on, it loses more and more steam. That’s a major detriment to a movie that reaches two and a half hours. 1 out of 5.