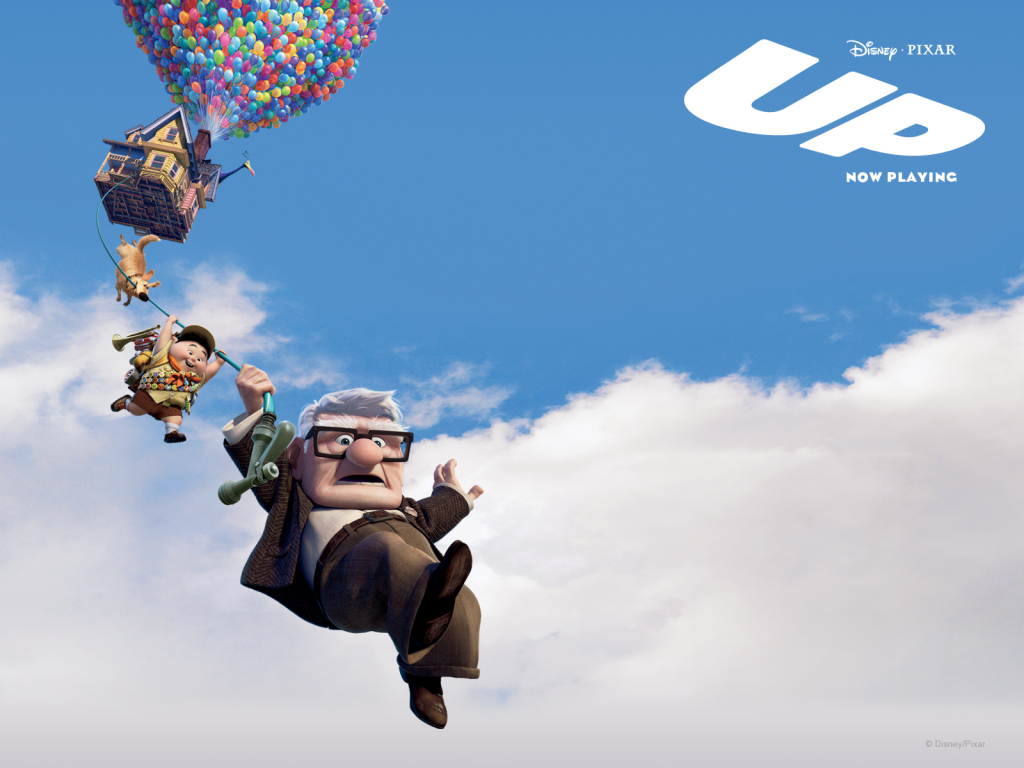 “Up” is an absolutely perfect film… For 10 minutes.

The latest picture from Pixar studios tells the story of Carl (Asner), a man whose biggest dream is to travel to South America. That dream was one he shared with his deceased wife Ellie. One day, Carl decides to set out for South American in an unorthodox fashion, by flying his entire house there using balloons.

The problem, though, is that a young boy scout named Russell (Nagai) manages to get ‘on board’ and is taken with to South America. Additionally, the new continent is more difficult than first imagined.

The first 10 minutes of “Up” are absolutely perfect. The film shows Carl and Ellie’s life growing old together and it is beautiful to watch. The romance displayed and the connection between the two is better than most love movies out there these days.

With that said, the rest of the movie plays out like a fairly typical animated adventure movie. Themes like fatherhood as well as moving on from a loss are presented here, but the adventure of the movie feels too by the books.

This is largely displayed in the animal side characters in the movie, who while comical, were still a bit generic. At the very least, though, both the characters Carl and Russell are likable and there is a strong bond in the mentorship developed from start to finish.

Visually, “Up” has some good moments, but I wasn’t as big of a fan of the character designs. They were a bit too exaggerated and other Pixar movies have done it better.

“Up” is a very enjoyable picture, but it’s not Pixar’s best. The film’s first 10 minutes are worth admission, but the rest of the movie didn’t hit me like “Wall E” or “The Incredibles” did. High 3 out of 5.