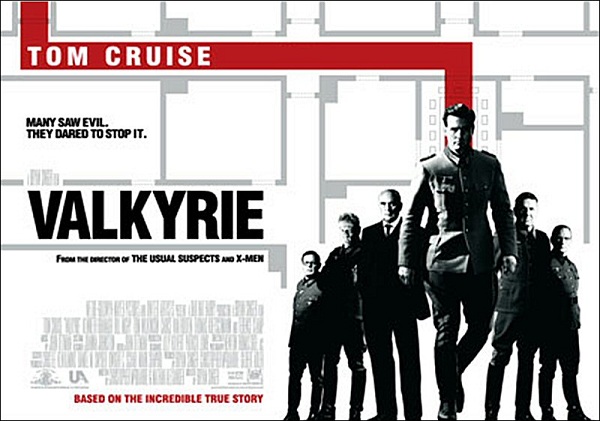 Tom Cruise’s latest film has him play Colonel Stauffenberg, an officer in the German military who decides to join a plot to kill Hitler after seeing the devastating effects of World War II.

The film follows Stauffenberg, along with other German military officials, coming up with a plan labeled Valkyrie to kill Hitler, arrest the Nazi leadership and surrender to the Allies.

Despite knowing how the second World War turned out, “Valkyrie” still works as an effective espionage thriller. Watching the execution of the plot to kill Hitler was not only eye-opening in how elaborate it was, but also heart pounding as the situation continued to thicken.

The movie also works thanks to how it manages to get to the point. The film doesn’t waste time with unnecessary subplots and instead has a precise focus to become a believable period piece.

Cruise is really fantastic as the lead character, fully displaying the desperation, fear and uncompromising attitude Stauffenberg had through the assassination plot. The supporting cast, mainly Nighy and Stamp, fully round out the talented crew.

While this movie does work as a thriller,though, it does at times feel like a dramatization you might see on TV. The film could have used a bit more ‘cinematic’ moments to add some depth.

Overall, though, Valkyrie works and can keep an audience engaged by its suspenseful story. 4 out of 5.